Percy Jackson and the Sea of Monsters 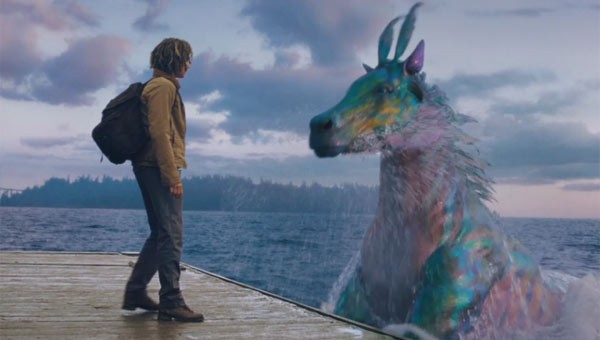 “I make my own destiny!” shouts the stupidly named Percy Jackson, right before using the weapon his dad gave him to kill the monster he's prophesied to slay. Such is the unexamined Percy Jackson and the Sea of Monsters, a movie that barely seems to be aware of why it exists. When a transforming cyber-bull attacks his home, Jackson and friends set out on a quest to the Bermuda Triangle to retrieve the Golden Fleece and repair the mystic barrier that protects all the half-bloods in the also stupidly named Camp Half-Blood. Though opposed by monsters (and a private yacht of moody prep-school demigods), Percy and pals mostly breeze through their plot's obstacles. It doesn't help that lead Logan Lerman is a bland actor in a particularly uninteresting role. Barely a follow-up to the astoundingly stupidly named Percy Jackson & the Olympians: The Lightning Thief, PJ:SoM bungles its budget cuts with an impressive lack of talent.