What started as a homeless residence is now so much more. 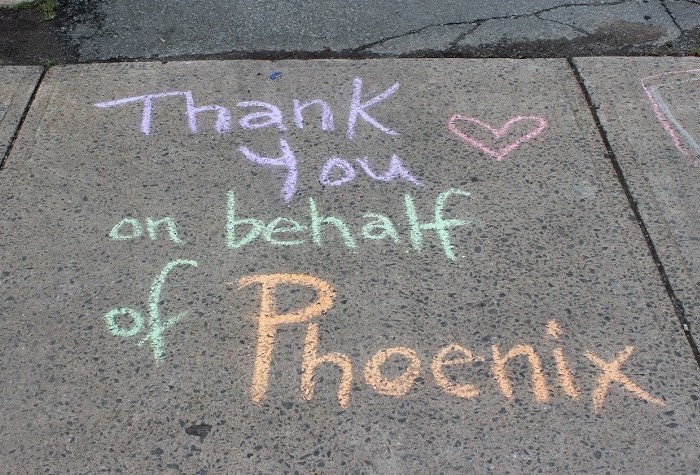 The idea actually started in 1984, with a meeting to discuss the problem of homeless youth, but the Phoenix organization considers its founding as happening three years later. Those early years were a gestation period, time for a small group of committed people to coalesce around a concern and put a plan into action, rallying supporters such as building donor St. Paul’s Home to the cause, getting a 10-bed home for homeless ready for its first residents. The birthdate proper is February 12, 1987, the day Phoenix House opened, and this Sunday’s 30th anniversary is a milestone that will be celebrated all year.

A lot’s changed for Phoenix over the years, as it has grown into a charity with upwards of 300 staff and volunteers, helping 1,200 individuals annually across a range of programs. Some things haven’t changed at all: The first-ever staffer is still working there, after 30 years on the job, and others have logged 25-plus years. And one thing has proved particularly resistant to change—that’s Phoenix’s name.

“People don't have a good understanding of what we do as an agency,” says Melanie Sturk director of communications and community relations for Phoenix Youth Programs, also known as Phoenix, ideally not called “Phoenix House” any more. Back in the day, when the mission, the services and the organization were only as big as that first 10-bed facility, the name Phoenix House worked. Now the original shelter is just one of Phoenix’s residential facilities, and helping people aged 16-to-24 who are in immediate crisis is just one of the ways Phoenix makes the world a better place.

“We realized, about 15 years ago now, that we really wanted to do some front-end work,” says Sturk. “How do we keep youth from experiencing a crisis? So we started up some prevention services.” As the best way to help a hungry person is to teach them to fish, rather than feed them a fish, ultimately the best thing for someone in crisis—they’ve been kicked out of the house, they want to hurt themselves, they’re going to drop out of school—is learning how to stop problems from becoming critical.

To this end, Phoenix has programs that reach out to children as young as 11, and their families, such as the Phoenix Youth and Family Therapy Program. “We really talk to youth and listen to what is happening in their lives, and try to get to the root of the issue,” Sturk says. “Things like bullying, anger management, challenges with food, different issues that might be cropping up in the home. We work with the family and the youth to really dig down to that issue and tease it apart.” If you’re thinking that requires serious commitment, you’re right: Phoenix has youth workers who drive 1,600km a month around Halifax meeting with their clients, wherever and whenever they’re needed.

There will probably be as much driving in this 30th year, but it might come with a little more recognition from the wider community. Phoenix usually hosts a big organization-wide event in September; this fall it’s going to be huge and more public. On Twitter, the PhoenixHfx account is running a series of stories—search #PhoenixJourney—in honour of the anniversary. And more events will unfold, hopefully including special performances by the Phoenix Community Choir. (Which is part of Special Initiatives Programming, SPIN, another service Phoenix provides.)

The Phoenix of 2017 is a large umbrella over many discrete entities, but its mission might be more focussed than ever. “Part of our work truly revolves around the idea of someone’s story, and what they believe their story to be up to this point,” Sturk says. Phoenix specializes in taking a story and rearranging it. “So if you've always been the kid who says”—fill in the marginalizing blank—“‘This is how I identify myself,’ that's not how we see you.

“We see you have incredible strength, resiliency, talent and potential for the future. So how do we work with you to help you see it? And work alongside you to provide the resources that you need to help change your story and rethink how you see yourself? And eventually become what you want for yourself?” 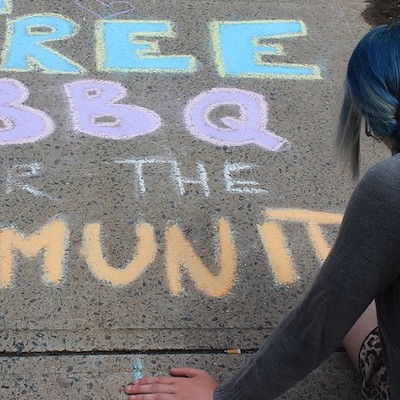