Here's what you got to do: eat chips and rock you.

If this was a high school dance, this is where I'd go to make out.

Neal Ozano's trailer turned into a VIP burger joint. Where did he sleep last night?

Hospitality suite regulars will recognize In-Flight Safety's Glen Nicholson (right). While he's on tour, the beer opener is being passed to Don Brownrigg. You're in good hands, late-night partiers.

Sunnyvale ladies are the shit. Jeanna Harrison (wearing a gorgeous silvery dress she made herself), Sarah Dunsworth (a breath of fresh air in Pretty Things--go there!) and Lucy Decoutere (Miyake dress, killer Fluevog heels).

I didn't catch what they were wearing, but they matched the decor.

MC Mark Little seemed a little off, but no one seemed to notice, because no one was listening. Make it up to Mr. Little and watch his Comedy Network Special, Saturday, Sept 26, 11pm.

He wasn't there. Only in our Metro Centre photo memories.

Random crowd shot just so I can give props to the dude wearing the leather pants.

Although there were a lot of people, the Metro Centre is so big that at times it felt rather empty. Note the brown paper bags: VIP lunches with pepperoni sticks, Joe Louis, chips, etc. A bunch of hard-working people started lovingly making those bags at 8am, so I hope you stuffed your faces with chicken chips.

Helix's Brent "The Doctor" Doerner, from my hometown of Kitchener (guten tag!). These guys flew into Halifax for the night to sing two songs. He's also in another band called Wicked Twin, with his twin bro Brian (Helix/Saga). Note: if you get your photo taken with Brent, he will insist you also put your thumb up.

What is wrong with you people? When Brian Vollmer asks "whatcha gonna do?" Don't just sit there, you scream, "Rock You!" People weren't getting this at all. Mind you, it didn't help when Vollmer dropped the mic, but this was some mighty fine 1980s hair metal.

Last night's Atlantic Film Fest was an odd affair, but definitely memorable. You still had your sparkle-gowned ladies and skinny-suited men, but they were eating chips under the halo glow of trailer lights. Some looked confused; others, relieved to be let loose in an arena (someone suggested a few were helped by cocaine, but I know that doesn't happen in Halifax, right?), and the familiar smells of ice, zamboni trails and male musk. I agree with my blogging peeps Carsten and Hillary that the removal of the VIP area was really great, in terms of seeing more people and making it feel more like a party. There was still a red carpet entrance though, which was amusing. While everything else seemed like an attempt to appear casual, big bouncer guys were still pushing the cast of Trailer Park Boys through to make way for the next group. "Just one more shot, Bubbles, please!"

In the end, I think it was a perfectly bizarre and appropriate send-off to a group of characters who have meant a lot to people in this town, and employed a lot of them too. 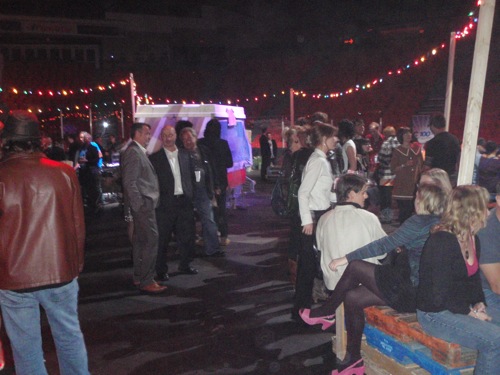 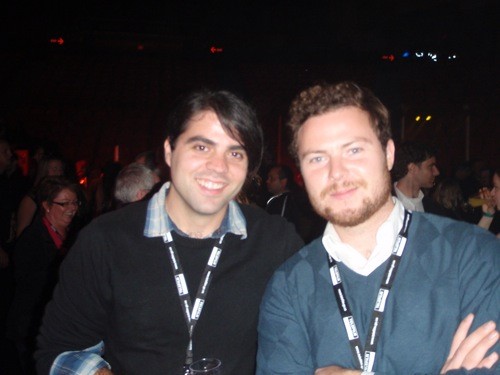 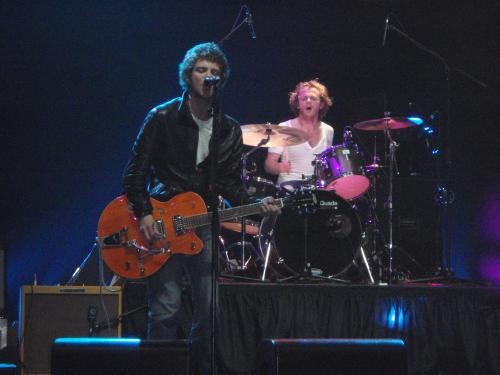 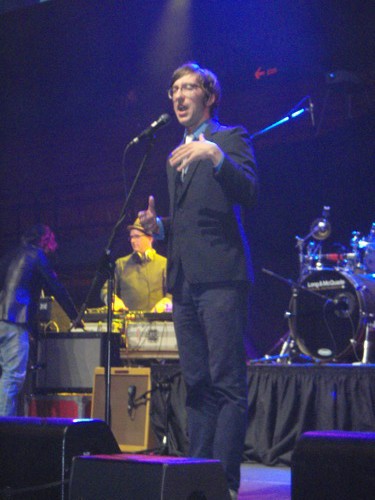 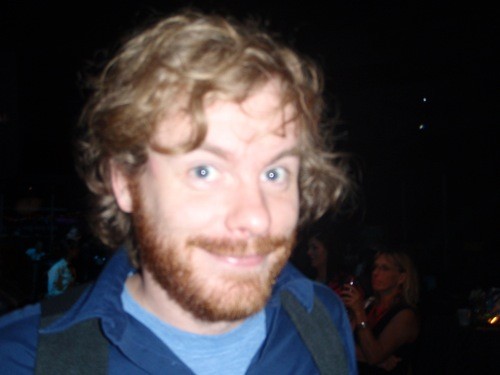 Helix in the heyday: