The "extended minimalism" of his debut album helps you find your chill. 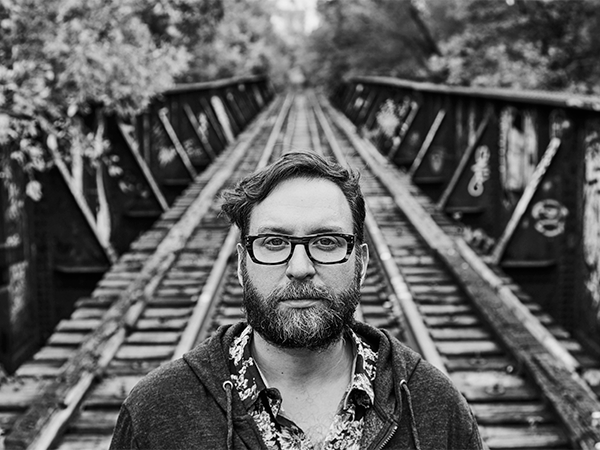 After more than a decade in the Canadian music industry, R. Grunwald (née Robbie Grunwald) is finally going solo. Releasing his piano-driven debut album Oma earlier this month, the musician is visiting Halifax on Tuesday to perform compositions from the moving and gentle offering. But despite appearing alone on stage, the spirit of the album's inspiration will accompany him in a duet—influencing every note.

"I would never have considered doing this project five years ago," says Grunwald, whose first album is a peaceful but impactful work, inspired by his 96-year-old grandmother. "Who's going to listen to solo piano? Especially the kind of music I write, which is very slow and cerebral and takes a lot of attention."

Described as "extended minimalism" and borrowing from the techniques of Philip Glass and Stephen Reich, the eight-track Oma (German for "grandmother") spans nearly an hour.

Grunwald is absolutely right: The LP is slow and cerebral. But with an important subject at hand, why wouldn't it be? After all, every single second of the album would've been impossible without his beloved grandmother.

"My grandmother was an eastern European Jew in Poland and her whole family of 40 people survived the Nazis and the Soviets by moving around for the entirety of the War and hiding out and getting false documents," says Grunwald. "One constant thread in my grandmother's life throughout all of that was playing piano."

While recent releases by artists like Nils Frahm, Chilly Gonzales and Max Richter may have given Grunwald confidence to pursue a piano-based debut with ambient leanings, his grandmother instilled his passion for music long ago.

"When I was a six-year-old kid and I started playing piano, I had a really strict Russian teacher; I didn't like her, and I quit within a year of starting," says Grunwald. "Later that year, we went to Chile to visit my grandmother...in the living room, there was a piano concert where my grandmother played—everyone was playing. On the plane ride home, I told my mom I wanted to start playing piano again."

The album is contemporarily classical, making use of short motifs which evolve to form beautiful, melodic tapestries. With tracks like "Age" representing the cycle of life, Oma's themes are unique to the album, helping it stand apart in a growing genre.

Recently, Grunwald played his new album for its muse, who gave her critique: "Obviously, she was proud," says Grunwald. "But in classical eastern-European Jewish fashion, she was also very honest. When I played a piece she liked she was like, 'Oh I like that one,' and if I played a piece she didn't like, she'd be like 'I don't like that one so much,'—it was humbling."

"It's almost like a meditative thing to focus your mind and to be relaxing," Grunwald hopes of the record. "When this music comes on, it should be a directive to slow down and calm down. If you have an hour to put your headphones or record player on and have calm time, that would be lovely."