Pigeon Row asks How Did We Even Get Here?

I'm not sure, but it's a nice place 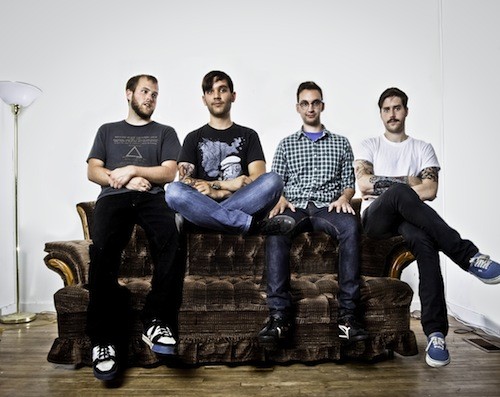 Sometimes I like to run on the weekends. Certainly that makes up for a week of sitting on my duff, right? But despite what my "recently played" might tell you, one does not run on Waka Flocka Flame alone. Pigeon Row's newest Select Series compilation, How Did We Even Get Here?, has enough punchy jams to take any weekend jogger around the park and back.

Trevor Murphy put the compilation together and counts it as a good sampler of "a scene that that thrives on angular, aggressive music steeped in a rich Halifax tradition of math-rock and post-punk." The compilation shines a light on Halifax music's more aggressive underbelly. Expect starts, stops, math up the wazoo and unique time signatures from bands like VKNGS, The Wides, fRAME, Force Fields, Kuato and more.