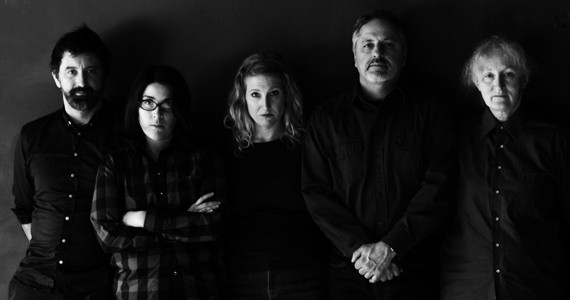 If Martin Scorsese, Kafka and The Brothers Grimm were to collaborate, the result would be something along the lines of Martin McDonagh's macabre and funny The Pillowman. "This isn't the kind of play you see often in Halifax," says Theo Pitsiavas, who stars with Jackie Torrens, Mary-Colin Chisholm and Matthew Lumley. "It's filled with gritty, tough-talking characters and it's laced with humour and sarcasm—a really dark comedy."

The play is set in a mythical totalitarian state and tells the story of a writer of dark and disturbing fairytales that involve the murder of—and sometimes by—children. When it becomes apparent her stories have inspired copycat killings, she and her mentally challenged brother are taken in for questioning by a pair of brutish police officers.

The Pillowman is being produced by Fuller Terrace Five, a group that includes the four actors, plus director Natasha MacLellan, who have been reading plays together for the past couple of years. "We've been searching for plays that have four really solid acting roles," says Pitsiavas. "And with The Pillowman, there is definitely something for all of us to sink our teeth into."

Special puppetry, courtesy of Lohifi Productions, will add a fantastical element to the storytelling quality of the play. "People are going to experience some teeth-grinding twists," warns Pitsiavas. "It's a real-time journey that the writer, character and the audience experience together. It's intense."