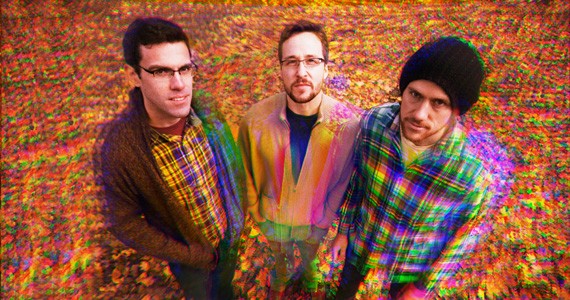 "The last time we played Halifax was in 2010 with A.A. Wallace's former band, Sleepless Nights," says Brad Weber, the force behind Toronto's organic-electro outfit, Pick a Piper. "It's really neat to play together again at this next stage of our work, if you are looking at us now and then. We still like to create the old sound, the acoustic, noisy drum explosions, but we've also started blending and balancing the three drum parts with softer vocal moments."

On Wednesday, Pick a Piper will be joined by Wallace, Loopsy Daisy and one-time Halifax beauties Southern Shores at Gus' Pub for a night of dream-dance electronic romance.

"Definitely be prepared to dance," says Weber, long-time percussionist for Juno award-winning electronic band Caribou. With the desire to branch out, Weber released the first Pick a Piper EP in 2009 with musician-friends Angus Fraser, Dan Roberts and Clint Scrivener, and worked on its self-titled LP put out by Vancouver's Mint Records this April.

The result is an eight-track collaborative electro-dance experience that explores the lightness of nature and organic sound with the refinement of technical and synthetic creation. Pick a Piper accomplished the album's ethereal feel through polyrhythmic percussion and diverse vocals.

"We really wanted to collaborate and invite other people on so we could hear what they hear," says Weber. Guest vocalists on the LP include Andy Lloyd (Born Ruffians), Karl and Edna Snyder (Kidstreet) and Raphaelle Standell-Preston (Braids, Blue Hawaii). Playing live, Fraser and Roberts cover the guest vocals except for the LP's "Once Were Leaves."

"Raphaelle's voice on that song is just so incredible that we decided we weren't going to recreate it during the show," says Weber, "Instead, we've taken each vocal syllable and synced it to a keyboard key so we can perform her vocal parts using syllables during that song." So cool. Adria Young