But boobs! Don't forget those. 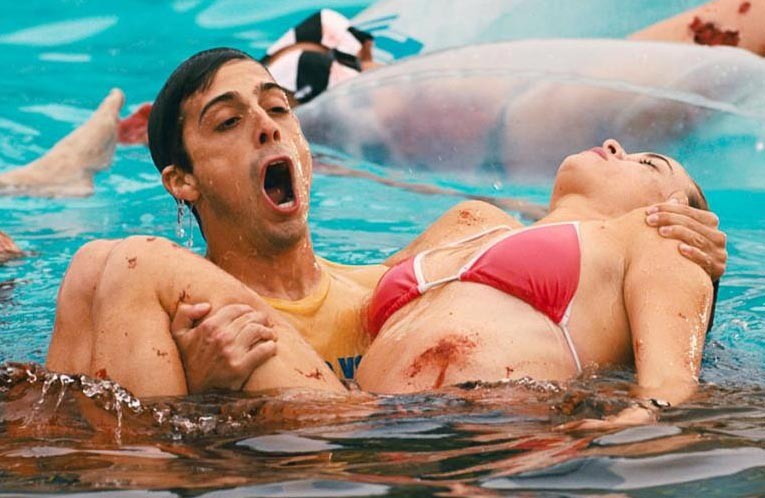 Caligula-esque nudity and exaggerated carnage bookend an otherwise floundering comedy-horror film in Piranha 3DD. This sequel to the suspiciously fun Piranha 3D finds slimy businessman David Koechner (Anchorman) opening a topless, adult-only section of his water park. Doing so not only upsets his marine biologist stepdaughter, but also a subterranean lake filled with killer prehistoric fish. The gore in this 83-minute feature starts late and sadly doesn't last long. Though a euphemistic turn of the phrase "you're wet" is uttered about a billion times. There was a refined, almost elegant absurdity to Piranha 3D, nicely rooted in a cast of strong character actors. But aside from all-too-short returning cameos from Paul Scheer and Ving Rhames, along with a surprisingly existing character arc for David Hasselhoff, nobody in this sequel shines. But there are lots of tits on display. So, weigh and measure that as needed.