Pirates of the Carribean: On Stranger Tides sinks

Fourth effort in the franchise a disappointment 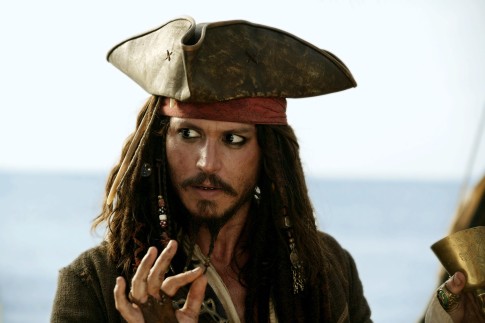 The fourth Pirates movie is a forgettable attempt to extend an expired Disney franchise. Orlando Bloom and Keira Knightley have abandoned ship, leaving Geoffrey Rush and Johnny Depp. Even the director of the first three movies has bailed, replaced by Rob Marshall (Chicago). The plot involves a group of pirates (a British flotilla, religious Spaniards, and Depp as Jack Sparrow) searching for the Fountain of Youth but, of course, first they must find two chalices and make a mermaid (more like a vicious vampire-zombie when she's angry) cry. All the movie's effort (elaborate sets, special effects and cast large enough to populate a small country) doesn’t make up for its tiredness. Depp gives a watered-down version of his Keith Richards-esque rogue, but the shtick has worn thin---his banter with a swashbuckling Penelope Cruz gets a few weak laughs, but not enough to last the 137 minutes.