Samantha Dixon Slawter's hopes Crown of Beauty Institute and Association can make for more inclusive hairdressing in the city.

It was Jennifer Kpolu’s twentieth birthday and she wanted a pixie haircut. She went from salon to salon but only got bad news.

“They were either fully booked or they just didn’t know how to cut Black hair,” she says. After several dead ends, she found a salon at Park Lane Mall that agreed to cut her hair. “By the time he was done, the hair was, it was far from the hairstyle that I wanted,” she says even after showing him a picture of what she wanted.

“I accepted my fate that day because I felt like it was Black hair and nobody really knows how to cut it,” she says, but now, two years later things may be changing in her favour. 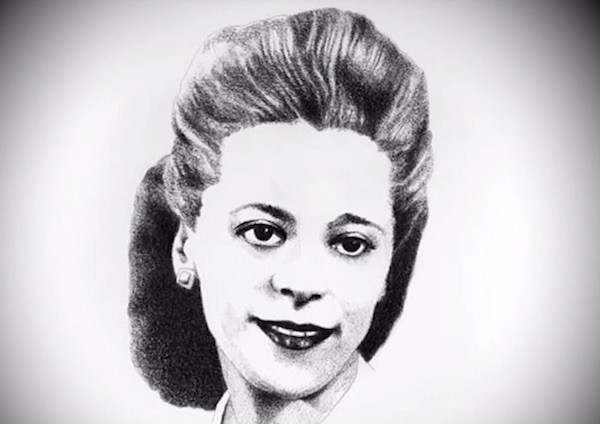 That’s because what will be known as this generation’s first Black hair school in Canada is in the works here in Halifax. The last time a school like this was opened was 77 years ago in 1943 when Viola Desmond started The Desmond School of Beauty Culture. She'd opened the school for Black women who weren’t allowed to attend white-only beauty schools at the time.

Hairstylist and owner of Styles by SD Ltd. Samantha Dixon Slawter is the founder of this hair school, which will be called Crown of Beauty Institute and Association, and she says she's been working towards this for 30 years.

“It’s necessary. And Black beauty culture needs to be recognized,” she says.

Dixon Slawter grew up in a family of hairstylists and says she had always known the significance of Black beauty. “To me, Black beauty was it. We knew the importance of it,” she says.

She says a woman who trained under Viola Desmond trained her in the use of Marcel curling irons and piqued her interest in the history of Black beauty in Nova Scotia. “So, one of my aims is to actually have Black beauty culture acknowledged as a course of study in Nova Scotia.”

Dixon Slawter says after she got her hairdressing license through an apprenticeship 35 years ago, people were no longer allowed to get their license that way. And for 30 years, she had requested for apprenticeship training to be reintroduced. “So that for one, Black people can train their own stylists and even for me, as a salon owner, I want to train my own stylists and I was unable to,” she says.

But it's since changed again now and hairstylists can get their licenses through apprenticeship. “But that’s not good enough for us. They’re still not training you on Black hair care,” she says. “There’s no school that can train you on Black hair.” Most cosmetology diploma programs take two years and combine in-class learning with hours spent training—but very little focus is put on Black hair.

Judy Antonello, campus manager at CBBC Career College in Halifax says they spend about 600 of 1,500 hours teaching the category of textured hair, which Black hair falls under. “So we do like chemical texturing, chemical relaxing, we do wigs and extensions and hair design with blowdrying and styling,” she says.She says she recognizes that CBBC doesn't spend enough time teaching about Black hair specifically but are looking at doing more in the future. “We are definitely getting better and we realize that we have to spend more time.”

At Dixon Slawter’s Crown of Beauty Institute and Association, it will be all about learning how to care for and style Black hair in two streams: Apprenticeship and a private career college.

Dixon Slawter says now that her applications for the school are in, she’s hopeful they will get approved. “We see a future, we do see promise in having the application in,” she says. “This is the first time they’ve offered an apprenticeship to study Black hair care.” And although the school will just start in Nova Scotia, she hopes that soon, it will be the same throughout the country.

She and her aunt, Natherine Willis, one of the first Black hairdressers with a master instructor’s license in hairdressing will be doing the teaching.

The school will start with a small size of seven students. “We want to start off small so we can get people trained efficiently and effectively,” she says. Desmond's school was also small, graduating only 15 students each year.

Dixon Slawter's website says her salon is about hair as a texture, not a colour. “When you talk about hairdressing, you should be able to know hair textures,” she says. “Hair is not just a colour. Meaning it’s not just Black and white. Hair is a texture.”

Knowing that, she says hairdressing in Nova Scotia has a long way to go with being inclusive and her school will work toward making this happen.