Spending money on cigarette-flavoured dirt water to try and win free doughnuts is a part of our Canadian heritage. 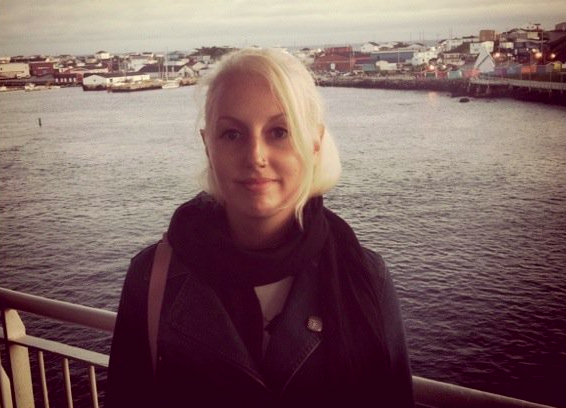 Along with robins, urban deer sightings, and 20-year-old men wearing shorts and flip-flops the moment the thermostat climbs above zero, one of the most recognizable hints of spring in Canada is the return of Tim Hortons’ Roll Up The Rim. It always seems to coincide with Lent. If I were into conspiracies, I’d suggest that it’s no accident. What better way to keep the faithful from giving up coffee than by throwing in the promise of a free doughnut?

Planned corporate conspiracy or not, I can attest that it’s the one time of year that I go out of my way for Tim’s coffee, even though it often tastes faintly of dirt and cigarettes.

Trying to explain Roll Up The Rim to non-Canadians is awkward in a way that makes you feel foolish, like telling North Americans about Italy’s pay-toilet system. Similarly, telling someone that you spend, on average, $15 on dirt water in the hopes of winning a 99-cent pastry sounds insane. When you go on to describe how you have to unroll the paper rim using your teeth, you’re forced to confront how embarrassing it is. Channelling our national animal, the beaver, we happily go to work on our waxy takeout cup rims. It’s only recently that I registered how weird it is that we also tear off the little bit of cup with the prize printed on it, handing it to the counter attendant with a pleased but nationally  appropriate look of chagrin.

“I won a doughnut,” we say, passing the tooth-marked scrap of paper across the counter in lieu of actual currency.

I’ve never really paid attention to what they do with these paper scraps, just like it wasn’t until this year that I became uncomfortable passing someone something that had just been in my mouth. The red semi-circle of takeout cup sits in the counter person’s hand like a or a kiss. It’s strangely intimate.

Canadiana is built on weird intimacy and the painfully earnest. From Swiss Chalet—a chain of restaurants that prides itself on rotisserie chicken and pie, and is in no way Swiss or chalet-like—to the shameless way we point out Canadian celebrities on red carpets. (“Hey, did you know that The Rock’s dad is Nova Scotian?!”), many of our pop cultural touchstones verge on farce.

When Tim Hortons still had to advertise for Roll Up The Rim, before it had become a part of our collective conscious, they had a commercial where the announcer rolled all the Rs in such an exaggerated way it was almost obscene. While the marketing has been updated, very little of the campaign itself has changed.

Despite knowing literally hundreds of people who consume Tim Horton’s coffee on a daily or weekly basis, I’ve never heard of anyone winning anything more exciting or expensive than a baked good or coffee. The thrill might actually not lie so much in the actual but in the participation in a national display of hope and gluttony. That’s what I tell myself, anyway, when I unroll my umpteenth losing rim.

Margaret Atwood, another national treasure, once wrote that “in the spring, at the end of the day, you should smell like dirt.” I think of this line often during Roll Up The Rim season, a toque jammed on my head, a red cup clutched between my mittened hands. Standing ankle-deep in slush, smelling like dirty coffee and wondering if maybe next year I’ll give something up for Lent, it’s hard not to feel like spring is just around the corner.