Take a stanza this month during National Poetry Month events all over the city. 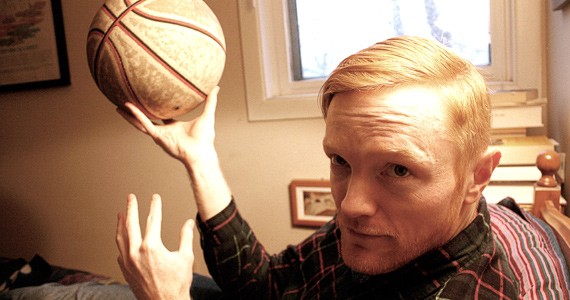 National Poetry Month celebrates all poetic rhythms. Halifax's poet laureate El Jones believes poetry humanizes people, brings us closer together. Jones is a powerhouse of spoken word and activism. As the city's fifth poet laureate, she notes poetry is all about transcendence.

"The job of the poet to listen and give it significance, people just need to be heard," says Jones. "A lot of people feel unheard, and feel disempowered. Poetry tells them their voice important, that their self and being is important."

Jones' take on poetry's role is that it's integral to building a thriving community–her work with homeless, incarcerated, mental health and marginalized groups proves this. Poetry saves lives.

"My experience doing poetry is when you share poetry with somebody it humanizes them," Jones says. "It's hard not to see people as less than, or not human. Once you've read someone's work and had that communion with them, there is a special bond that exists."

Jones teaches, tours, and performs regularly at Word Iz Bond's Speak! every third Thursday of the month. Her debut book Live from the Afrikan Resistance! (Roseway) hits shelves next fall.

Literary Press Group and the League of Canadian Poets bring a National Poetry Month Halifax chapter to Argyle Fine Art on April 22. Hosted by Robbie MacGregor of Invisible Publishing, local scholar, stand-up comedian and poet Geordie Miller launches his debut poetry collection, Re:union (Invisible), along with Rachel Lebowitz, who reads from Cottonopolis (Pedlar), Richard Norman and his book Zero Kelvin (Biblioasis), and Sylvia Hamilton with her collection, And I Alone Escaped To Tell You (Gaspereau).

"In Re:union, I'm playing around with the notion of fragmented self. You have all these forms of identity you're putting out in the world–Facebook, Twitter and all these types of things," says Miller. "No one walks around thinking that's totally them, but there are all these narratives we're putting out there."

Miller's collection Re:union embodies his trademark humour, tales of heartbreak, familial love poems, tangents and sincerity. For Miller, he found poetry as a means to hone his inner performer–"I have a terrible voice, I'm not a singer, I hated practicing the piano, but there's something in the performance of poetry."

Re:union resonates on and off the page. Some fragments, others confessional letters, it's poems like "Summer of '70," "I'm From St. Catherine's" and "The Element of Style," that combine Miller's wit, sensitivity and quirkiness.

Lebowitz, who is uncomfortable characterizing herself as a poet, plans to read from Cottonopolis. Her hybrid pieces are closer to prose and found poems, and most recently she's writing lyrical essays. Her book explores slavery and the cotton industry during the industrial revolution.

"It's not that I have a problem with poetry, but personally, I seem to inhabit an in-between, nebulous category," she says. "Readers can expect it to be tough and dark and real but hopefully with some joy, courage, and beauty to provide balance and colour."

Lebowitz believes in reading all literary genres every day, week, month. Though, April's national spotlight on poetry is good for writers and readers alike. It raises awareness to her discipline.

"Part of what attracts me to poetry is I can do it–or a hybrid thing–better than any other kind of writing," she says. "I love a good sentence, whether in a novel or a poem. Rhythm, regardless of where I find it, is really important to me."