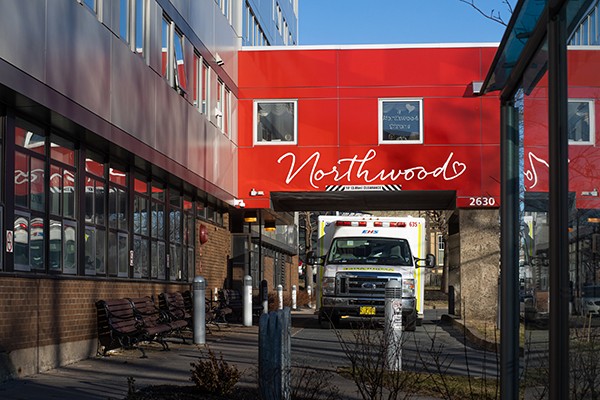 “Has the premier read the article?” MEGHAN TANSEY WHITTON

“We woke up this morning to a devastating expose in The Coast titled ‘What happened at Northwood?’” is how Houston opened question period. Building to his question for Rankin, he said, “the expose was devastating, and includes many heart-wrenching accounts of lives lost, bereaved family members and some pretty damning comments from medical leaders. I’d like to ask the premier, has the premier read the article?”

Rankin said his heart goes out to “the families that were impacted at the long-term care facility at Northwood, and we need to make sure that we continue to do better. If we could go back in time I’m sure we’d all like to do that.”

“The information in this article today demands a full and open inquiry into what happened. Will the premier set aside the inadequate review that’s been done and finally call for a full and proper inquiry into the tragedy at Northwood?”

Houston then asked the premier if he believes “the government failed the residents of Northwood?” Rankin said, “this instance is part of a larger story in Canada, the impact this serious disease has had in our long-term care centres. We’ve done well to make sure that we learn from those mistakes, looking at the independent reports to ensure that we make the changes required so that this does not happen again.”

Houston continued: “The information in this article today demands a full and open inquiry into what happened. I’d like to ask the premier, will the premier set aside the inadequate review that’s been done and finally call for a full and proper inquiry into the tragedy at Northwood?”

In his response, Rankin said “I agree that we have some lessons that we need to learn to ensure that we continuously do better for our seniors in this province and how we manage a pandemic. But I want to thank those public health people, and those working on the frontline, that are working everyday to prevent a third wave. We are making sure we’re prioritizing the vaccines in the right places.”

Burrill tabled The Coast’s story for further discussion at the legislature, as well as continuing Houston’s line of questioning. At one point, he asked when the premier is going to be “taking responsibility for what has come from the fact that this government has systematically neglected the long-term care sector.”

Rankin responded to Burrill, saying, “There have been no COVID-19 cases since the first wave in our long-term centres. We’re continuing to ensure that we suppress a third wave as a possibility, we’re continuing to roll out the vaccines. We lead the country in vaccinating our residents of long-term care facilities.”

In the story, Nolen speaks with Samir Sinha, Mount Sinai Hospital’s director of geriatrics. Sinha says Nova Scotia may well have learned from the Northwood outbreak, citing, as Rankin does, the fact that no Northwood residents have died of COVID since the first wave of disease. But that doesn’t absolve then-premier Stephen McNeil and chief medical officer of health Robert Strang from any responsibility for the outbreak happening.

Weeks before COVID arrived at Northwood, it was clear that long-term care facilities were especially vulnerable to the virus, and thus needed deliberate protections. Canada’s first COVID death was a long-term care resident in British Columbia on March 8, 2020; the New England Journal of Medicine published a feature article about COVID and long-term care, including details about how to protect residents, on March 27. The first deaths at Northwood didn’t happen until April 17.

Alec is a student finishing their degree at University of King’s College School of Journalism. They have been covering arts on the east coast since high school, and are currently an organizing member of New Feeling Co-op.
More