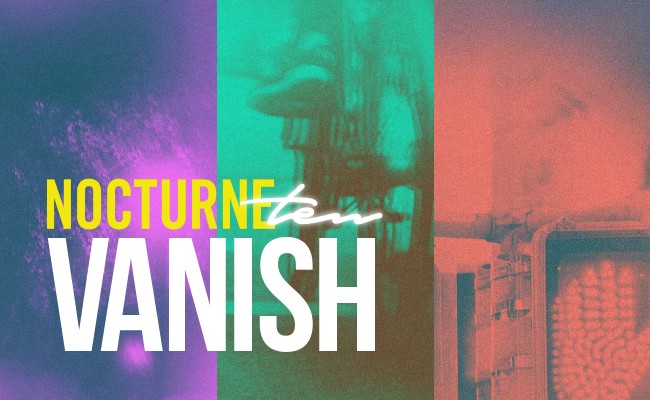 "A lot of the work I do is movement-based," says Alexis Milligan, the choreographer, actor, director and creator of Transitus, a theatre company that aims to explore how art is used as a communication tool. "Stillness, silence: How do we find those places where communications begin?"

For Nocturne Milligan has put together an ambitious, immersive project called Prism inspired by the British company Punchdrunk, best known for Sleep No More, the popular interactive version of Macbeth that's been running since 2011 in New York. A number of artists have joined her, including director Laura Vingoe-Cram and musician Ross Avey—her guitar teacher, whose concept album about a single night out provided a jumping-off point for the 1920s-set Prism—and his co-composer Brendan Melchin, plus a full band. "This piece is actually driven by the music," says Milligan. "There's a lot of connection between the sound and the room and what's happening with the performers."

While it's not quite the WWII-era abandoned luxury hotel in Chelsea Sleep No More plays out in, Milligan is excited about the options on offer via Prism's dynamic venue, the Northwood seniors' complex. "I had no idea what's there: There's a hairdresser, there's a bar, there's a massive performance hall, a community centre, a gym the public can go to for 20 bucks a month, a Lawtons—it's a bumping place," she enthuses.

Prism will take over a handful of those spaces. "We've mapped out all of these narratives. You can choose two or three stories of who you want to follow," says Milligan. "People can stay as long as they want, and leave whenever they want."