Province announce over $1 million in new funding to combat fentanyl 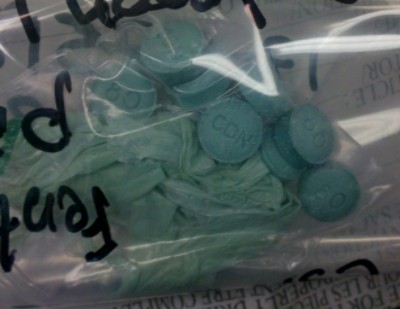 The provincial government is putting an extra $1 million towards trying to prevent a fentanyl-fuelled opioid crisis in Nova Scotia.

In a press release sent out Friday, the Department of Health and Wellness announced details of the increased spending, including $564,000 for expanding access to the overdose-countering naloxone drug kits to pharmacies, police and health care across the province.

Naloxone blocks the effects of opioids like fentanyl and can potentially save an overdosing user’s life if administered in time. The kits were already being used as a pilot project in ambulances and emergency rooms across Nova Scotia. Today’s release says naloxone has been administered “more than 30 times to save lives” during the course of that pilot.

“We have learned from other provinces that illicit opioids are a serious risk to anyone using street drugs and, more often, that includes young people,” writes health minister Leo Glavine. “These drugs are becoming more widely available in Nova Scotia, which is why we're taking action now before this becomes a crisis in our own province.”

The Mainline Needle Exchange in Halifax will also see its funding increase by $247,000, while an extra $300,000 in funds will go to the Northern Healthy Connections Society in Truro and the Sharp Advice Needle Exchange in Sydney. Mainline director Diane Bailey writes in today’s release that the funding will allow the to now provide its mobile outreach project seven days a week.

Fentanyl has cut a deadly path across the country on its way to the east coast. Halifax Regional Police recently issued a warning to drug users that officers have found thousands of illicit fentanyl pills during six drug raids conducted since January 1.

According to the province, 60 people in Nova Scotia died from opioid overdoses last year. Four of those cases involved fentanyl.

A full opioid response plan is expected from the provincial Liberal government in the spring.