Languishing north end site unlikely to be chosen for new Francophone school. City staff recommend selling it off instead. 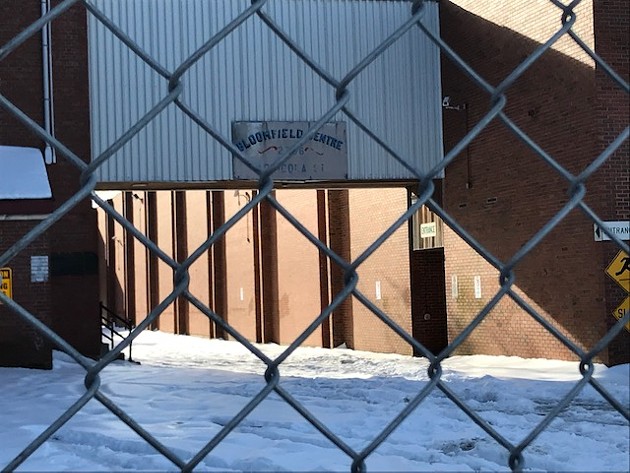 For the second time, the province of Nova Scotia won’t be buying Halifax’s Bloomfield Centre.

The deteriorating former school and community centre is once again facing an uncertain future according to an update heading to Regional Council on Tuesday.

Council voted last August to sell a portion of the 3.3-acre site to the provincial government with the hope it would be turned into a new P-12 school for the Conseil Scolaire Acadian Provincial.

The 120-day window for that sale came, and went, without an official response. A letter from the of Transportation and Infrastructure Renewal, dated January 15, says the province is unable to consider council’s offer.

The site contains “significant challenges,” including its limited footprint and surrounding street traffic, which would likely cause traffic congestion and create safety hazards for students.

Another problem is there currently aren't any approved new school projects planned for peninsular Halifax.

Even if that wasn’t the case, the province’s official selection process for new schools requires three potential sites of equal merit be compared. Given its other issues, TIR says there’s no guarantee Bloomfield would win.

“We cannot, with certainty, predict if that process would conclude that the Bloomfield site would be one of those submitted, as it’s not controlled by the province,” the letter reads.

Municipal staff are now recommending the property be disposed of under the category of economic development. Key elements of the Bloomfield Master Plan will still be incorporated into the conditions of any sale, along with hopes for affordable housing and other planning aspirations as set out in the Centre Plan.

The Bloomfield Centre was a school, then a community centre, from 1982 until its closure in 2014. It was sold to Housing Nova Scotia by HRM for $15 million as part of an ambitious plan for creating 400 new housing units—40 percent of which were to be set aside as affordable housing.

After several years and with no progress, community stakeholders Imagine Bloomfield walked away in 2016. The province eventually pulled the plug on the deal and returned the site to Halifax several months later.

After some debate, tried again last August to redevelop the site. Along with the potential school sale, HRM voted to offload a portion of the site to Imagine Bloomfield for use as a cultural hub and affordable creative space. Those plans have likewise sat idle while HRM waited for the province to make up its mind.

Now the municipality is back to where it was last summer, only with a slightly more dangerous decaying structure on its hands.

Halifax spokesperson Nick Ritcey says the site continues to have issues with water penetration and bricks are now falling off in heavy winds.

The three Bloomfield Centre buildings date back to 1919, 1929 and 1971. Municipal staff estimate it would cost $4 million alone to repair the oldest of those—the Fielding Building.

It costs HRM $75,000 annually to provide security, heating and upkeep for the vacant, chained-off dead site.