Punk Bucket wants you to rock out for a good cause

All-ages ragers at the Bus Stop. 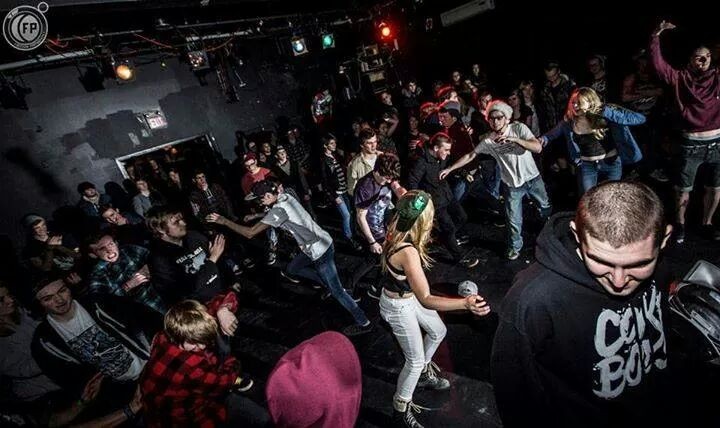 Thomas Murray is the co-founder and co-owner of Punk Bucket Productions. The 18-year-old puts together all-ages metal and punk shows in Halifax, with proceeds headed towards local charities like Shelter Nova Scotia. The team is in the process of hosting their third event at the Bus Stop Theatre, coming up on December 20. Murray stepped away from event planning for a minute to talk to The Coast about upcoming shows.

What’s being planned for December 20?
We’re hosting a show to raise money for a not-yet-determined local charity involving kids. That’s not very much detail right there, but we haven’t actually picked out our donation place yet. We do have a couple of ideas in our head, donating money to an orphanage to pay for their expenses, their Christmas presents. We had an idea of buying presents.

And this is an all ages show?
Yup. It's a metal/punk all-ages show.

That seems rare in this town. All-ages shows in general seem rare, but all-ages punk and metal show.
Not as rare as you'd think. That's the first time I've actually heard that, living in Halifax, and I've lived here for a year-and-a-half. I came from St. John's, and that's something I would hear there. Here, just before May when The Pavilian shut down, they happened, I want to say once a month. Right now, all that's left is either local bands doing their own shows at Plan B, or Punk Bucket Productions doing a show at the Bus Stop Theatre.

And you’ve been doing this how long?
We had our first show last December. I personally have been doing shows since I was 15, but I did them before I moved here, in St. John's, Newfoundland.

You seem young, to have a three-year career producing shows.
Yeah, I started in St. John's. I was in a band, and we wanted to have a house show at my drummer's house. It fell through. Then a guy I knew from a local band in St. John's, we considered him a big brother, his name's Josh Brown. He told me we should just do a show at the local place, which was a bar called Distortion which has an all-ages permit in the afternoons. I did it, and I really liked it. I've always liked event planning. If you look back in my grade six yearbook, one of my favourite things to do, it said writing and event planning.

Do you find its difficult, because you're young, that people don't take you so seriously?
I actually look a lot older than I am. One guy thought I was 26 and I'm not even 18 yet. I'm 18 next week. He was baffled when he found out I was only 16, at the time. But most of the people who play our shows are around our age.

What can audiences expect on December 20?
A lot, our shows are always huge turnouts There's lots of fun. The bands can expect the snack room like we always have. At this venue, at the Bus Stop, there's actually a bar. If the audience is a 50/50 ratio of underage and 19-plus, they'll open the bar between sets. So the more 19-year-olds come, the more chance the bar will open. A lot of people over 19, they don't want to hang out at an all-ages show— mainly because they can't drink. But this way they can drink, and they can enjoy a good show that's also all-ages.