Pusha T recorded your favourite rap album of the year and he’s playing the Marquee on Monday. 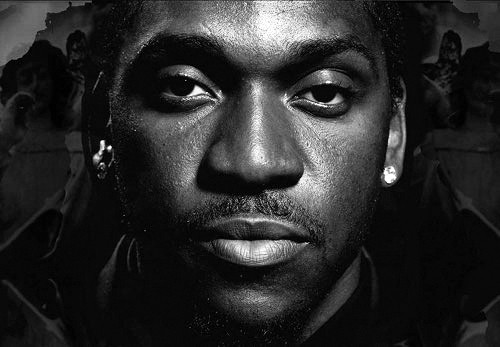 Since 1992, Pusha T (AKA King Push AKA Terence Thornton) has been on the grind with his brother No Malice (AKA Malicious AKA Gene Thornton, together AKA Clipse). The Virginian duo has collaborated with just about everyone in the game, breaking off into ones in 2010.

King Push is one of those rap gods. His studio record, My Name is My Name, a first at age 36, dropped in October to huge acclaim. "Rap album of the year, in my opinion," says Quake Matthews. Matthews and local DJ Plaeboi will open for King Push at The Marquee on Monday, an event by This is After Dark's Lee Fraser, who has been building up an audience for rap shows in the last four years. Early bird tickets sold out in three hours.

"Pusha is one of my favourite artists of all time," says Matthews. "They gave out Clipse posters at our school library when their debut album Lord Willin' came out and I've been a fan ever since."

Matthews himself has been rising for a decade as the king of Fairview. He toured 2013's Corrado with local homie Classified, which gave the young ECMA nominee facetime with his Canadian fans. Last year, Matthews also released a freestyle video over Pusha T's "Numbers on the Board," an act of rap respect.

"The reason I look up to Pusha T is that he's stayed true to his roots since day one and he's never compromised his content to fit any kind of mold," says Matthews, who adds that Thornton's particular descriptive style and use of metaphor makes him unique. "The precise details in his stories give them a sense of authenticity. He seems to have really lived what he's talking about."

As rap continues to dominate mainstream music, authenticity is a reliable marker of quality in a very crowded genre; that realness is intangible, but you feel it when you find it. Bow down for King Push.