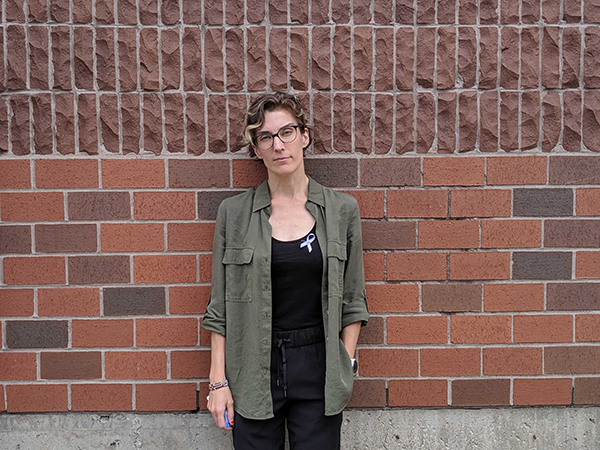 THE COAST
Leah Genge is a physician at Direction 180, MOSH—Mobile Outreach Street Health—and a family clinic in Spryfield.

With news that HaliFIX Overdose Prevention Society has gotten a federal exemption to set up their Overdose Prevention Site in the basement of 2164 Gottingen Street—Below Direction 180, where Leah Genge is the physician—Genge shares some insight on what an OPS actually is, who it serves and why it's important.

The Coast: What is an Overdose Prevention Site?
Leah Genge: In its very essence, an overdose prevention site is a place where people can safely consume substances. A clean environment, where people aren't using in public or facing confrontation with police. It provides access to emergency treatment in the event of an overdose, there's some basic health services, some connection to health care and connection to addiction treatment—when they're ready. It's an entry point and a safe place for people to use.

Why is an OPS important?
Canada is in the middle of an opioid crisis. The overdose rate from opioids are astounding, and the death toll from this is really catastrophic. [In 2019, Nova Scotia has had 18 confirmed and 12 probable opioid toxicity deaths.] We need overdose prevention sites because the drug supply is not safe, and when people are forced to use illicitly, on their own or in an alley, it just it makes that risk so much higher. We also are seeing a resurgence of of HIV and hepatitis C. We need safe injection sites because that's part of the trajectory of getting people on a path to safer way of living.

We need to stop looking at addiction as some kind of social stigma or misgiving. It's an illness. This is a problem that reaches everybody—addiction knows no boundaries. And anybody who thinks otherwise is fooling themselves.

Right now, we're putting out fires. We're just trying to catch up the best way we can with all the overdose deaths that are happening across the country. It's mind-blowing.

What's the most common misconception about addiction and OPS?

That it's not treatable, and that's not an illness that you can live with and still thrive, overcome it. And it is. Addiction has fewer relapses than in other illnesses. But the social consequences of somebody having a relapse with addiction are so much greater. The shame and guilt they have are just astronomical.

The one thing I would say about here is that it's important to have an OPS somewhere in the north end of Halifax, but it's also really important, with the way we are set up geographically and where our hotspots for addiction and injection drug use and overdose are, we probably have three spots that we could really use an OPS. I think that we actually need two more of these.

The worst possible outcome for me with an OPS is to see fragmentation in the community. And that takes understanding on all sides. [Genge is referring to the weighted and worthy disputations from the African Nova Scotian community around how they were told about the OPS going into their community, another change in their historic landscape seeming to move forward fast without proper consultation.]

It was the tip of the iceberg with all the fancy condos, the fancy doughnut shops, the bus lane, the long history of making big changes in this community without even talking to people.

What's the most important thing for people to know?
That people who live with addiction deserve better.

Nova Scotians are still dying from the overdose crisis

Psychologists step up to offer free services in wake of shootings