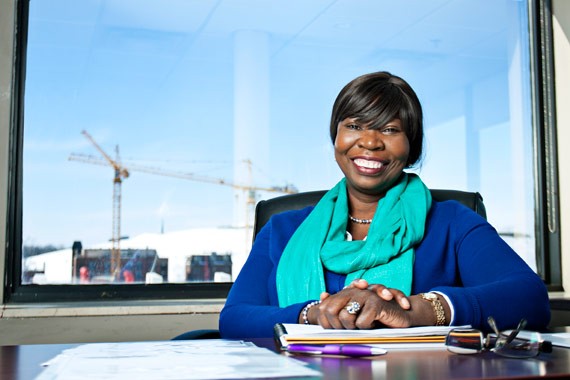 Next week, as part of African Heritage Month, consultant Ann Divine will be speaking about the findings of 2013 research into racial profiling amongst Nova Scotia’s consumers. The former Nova Scotia Human Rights Commission employee took some time to speak with The Coast about the subtleties of racial bias.

How would you define racial profiling?
Basically as any action which is taken by one or more people in authority with respect to a person, or persons, that is based on or defined by one’s race or colour...basically being singled out or exposed to differential treatment.

Do we know how often racial profiling of consumers happens in Nova Scotia, and where it’s taking place?
Racial profiling takes place quite frequently. It could be while driving a nice car, as in the [2003 human rights decision] with [North Preston boxer] Kirk Johnson. What became clear from that [2013 consumer] study was that many Aboriginals and African-Canadians, the study demonstrated that they were receiving the highest prevalence and frequency rate of consumer incidents [compared to] white people.

Were there any surprises from the findings of the 2013 study?
For those who are racialized, there are no surprises. What it did was to validate the experiences of those of us who are from racialized groups. I think what was surprising was the frequency in which these incidents occurred. What we discovered was that 77 percent of people had one form of consumer [racial profiling] incident. But we found out that there was something like 48.3 percent of racialized groups who had not just one, but three or four incidents.

How does racial profiling affect the person being monitored by store staff or flagged by police?
The impact is significant, because it takes its toll on you physically and emotionally. It sends real fear into people’s minds, in terms of your confidence. When you are being stopped by the police on a regular basis, or you are being treated or spoken to in a derogatory manner, these are the kinds of humiliation our people endure. Many of them are afraid to speak out because they feel so humiliated, and feel that there is nothing they can do. So, they were really grateful when the [human rights commission] started this study. It gave them the opportunity to speak out about racism.