You don't belong here (on your couch) 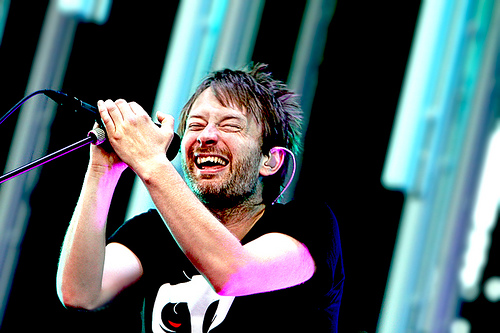 According to this year’s Best Of Music poll, you people thought that Radiohead was the tour you wished would come to Halifax. And a bunch of local yahoos (I say that lovingly) have decided they would give it to you, in a slightly different form. Sunday, April 19 at Reflections (10pm, $5) is your chance to get a taste of Radiohead, XTC and the Pixies. OK, it’s a tribute show, but after a few drinks I guarantee you will think you are staring deep into Thom Yorke’s weird weird face. Craig Hamlin plays guitar in the Radiohead cover band (along with Lance Purcell, Shawn Hunt, Hoss Hoskins, Handsome Ed and Wes Landry), and explains how this lovely idea came to fruition. “Somebody told me once that it would be an easy band to cover so I just booked the show and then listened to the band and then I got angry, then frightened and then angry and then drunk and then confident, now I just fluctuate between all of these.” The band will be playing Radiohead songs old and new, but Hamlin says, “as far as I know we are doing nothing off of Pablo Honey.” Be warned. Also in the mix are (purportedly) “fire explosions, existential meanderings, hopefully a live pygmy elephant imported from Borneo and a guest appearance by that kid Madonna was trying to adopt.” Sounds plausible.