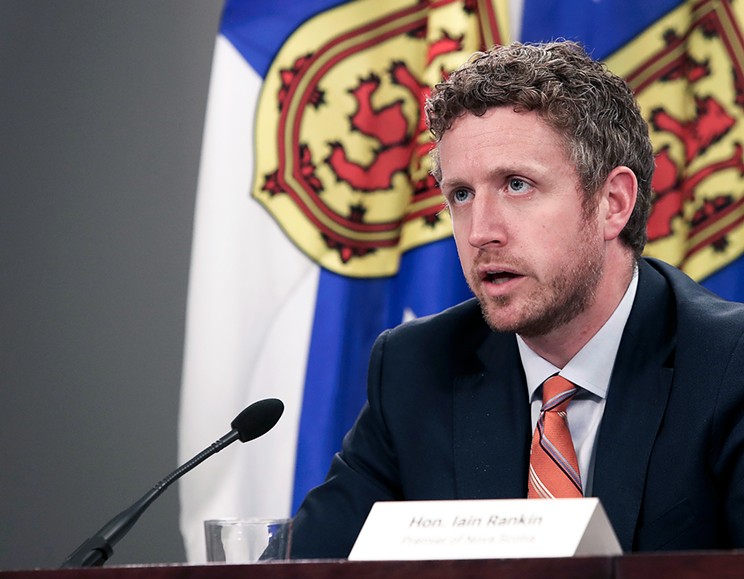 Students in these regions will return to classrooms a day after the rest of the province.

On Monday, premier Iain Rankin made an announcement that seemed to come out of the blue—Halifax and Sydney area schools will reopen. They’ll be opening a day later than the rest of the province’s schools, with students back in class on Thursday, June 3 instead of Wednesday, June 2. But they will be opening.

Rankin said the decision was made over the weekend in collaboration with the public health department. “Public health has confirmed that our epidemiology clarifies that schools in Sydney and HRM are also safe to open this week,” he said Monday during the daily C19 presser. “Students will go back on Thursday in those areas. The system needs that extra day to get ready to safely reopen.”

This gives teachers, students and parents just three days to return to school, gathering up supplies they were told to put away until the end of the year. “We let everybody know at the same time publicly,” said Rankin. “Now is Monday and we have a number of days to prepare to be ready, and the rest of the province are prepared for Wednesday.”

While Rankin said the classroom is the best place for students, he was quick to mention there were no negative impacts from the back and forth between online and classroom-based learning. “I’m not concerned, I think that the online model was prepared well and a lot of children were able to access it,” he said. “But you can’t replace that in-class learning environment.”

Just last Friday, Rankin said that schools in these two areas would not reopen because cases were still too high. Earlier in May he said all schools would stay closed for the remainder of the 20-2021 school year—another reminder of how quickly epidemiology can change things, for better or for worse.

“We told you last Friday we needed a couple more days to determine what’s going to happen,” said Rankin today. “We needed to assess our case numbers and what we are seeing in those communities.”

Today, Sydney reported no new cases for the first time since April 12, and Central zone reported just 17 new cases, down from 41 a week ago and 66 two weeks ago. “Add to that, we continue to see large uptake of our vaccination program in all ages.”

This epidemiology and vaccination progress is also allowing the province to open up inter-community travel more quickly and more widely than expected. On Friday, when the provincial reopening plan was unveiled, Phase 1 said people could move around the province starting Wednesday without restrictions, except non-essential travel in and out of the Halifax and Sydney areas would still be discouraged. Monday, however, limitations were dropped, and we don’t have to wait for Wednesday.

“Effective Tuesday you can start to travel throughout the entire province,” Rankin said. “That does mean you can go see loved ones and friends, but please stay outside right now.” He recommended hikes, parks and patio dining rather than indoor visits with families and friends in other parts of the province.

COVID cases and news for Nova Scotia on Thursday, Jul 29