Remounts of six select Fringe plays brighten up the winter. 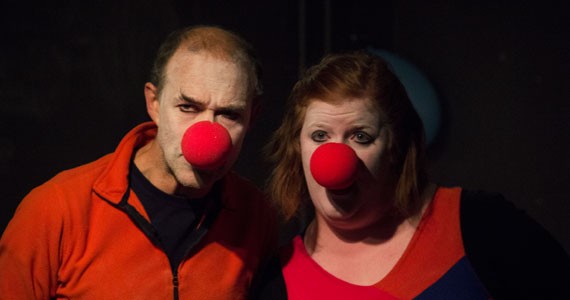 If you want to move the clock back and pretend it's the end of summer, Re-Fringed has your ticket.

"Re-Fringed is a mini festival highlighting a small selection of shows from the Atlantic Fringe Festival," says festival director Lee-Anne Poole. "The Fringe festival in September had over 50 productions. Re-Fringed is six of those shows, and a few other special events."

"I selected the shows with the recommendation and support of our board and audience," says Poole. "We wanted to bring back a few shows that were very popular, as well as a few that were just gaining momentum. We were also looking to present a diverse variety of what you could and do find at the Atlantic Fringe Festival."

And for those who may have caught these shows already, Poole thinks it's worth giving them another look.

"I've watched all of Roseanne about seven times over," she says. "You can't press play on theatre anytime you want, so if you loved a show at the Fringe, now is your chance to experience it again."