A whiff of #metoo wafts from this 1950s kitchen. 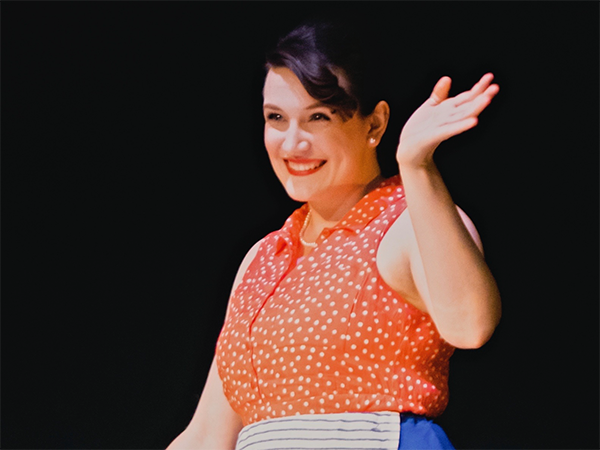 Rebecca Wolfe wrote, produced and stars in Penny, a quirky, kitschy, darkly comedic glimpse into the life of a 1950s housewife who lives a Betty Crocker dream, cooking her husband's favourite meals before a studio audience.

This is Wolfe's first time appearing at Fringe—but, she's no stranger to the local spotlight: the 24-year-old Dartmouthian has been performing most of her life.

Wolfe grew up dancing. It runs in her family: her mother is Leica Hardy of the Leica Hardy School of Dance. Wolfe studied jazz, modern, and ballet at her mother's school and danced for nine years in Symphony Nova Scotia's annual production of The Nutcracker.

She grew up acting, too. By her teens, she was landing small roles in Mr. D and Trailer Park Boys.

She recently graduated from the theatre program at Toronto's Humber College, where she added "writer" to her resume. For her final project, she had to write a show that she would also act in. She wrote Penny.

"It came from the seed of exploring memory and trauma, from personal experiences in my life. And it came from a moment of thinking something is one way, when it might not be," says Wolfe. "So it came from a personal place but then I extrapolated, and Penny became a totally different woman than myself."

"Penny is definitely this lady who really strives for perfection at all moments in life," says Wolfe. "And that's when she gets into trouble because her life is not perfect. Her marriage is not perfect."

"It's like something you might expect from Rachael Ray or Julia Child," says Wolfe, "but crossed with Betty Draper."

It turns out Penny has more troubling domestic concerns than making the best banana cream pie: There's a whiff of #metoo wafting from the kitchen.