There may be plenty of fish in the sea, but only one bearded man who popped the question with candy 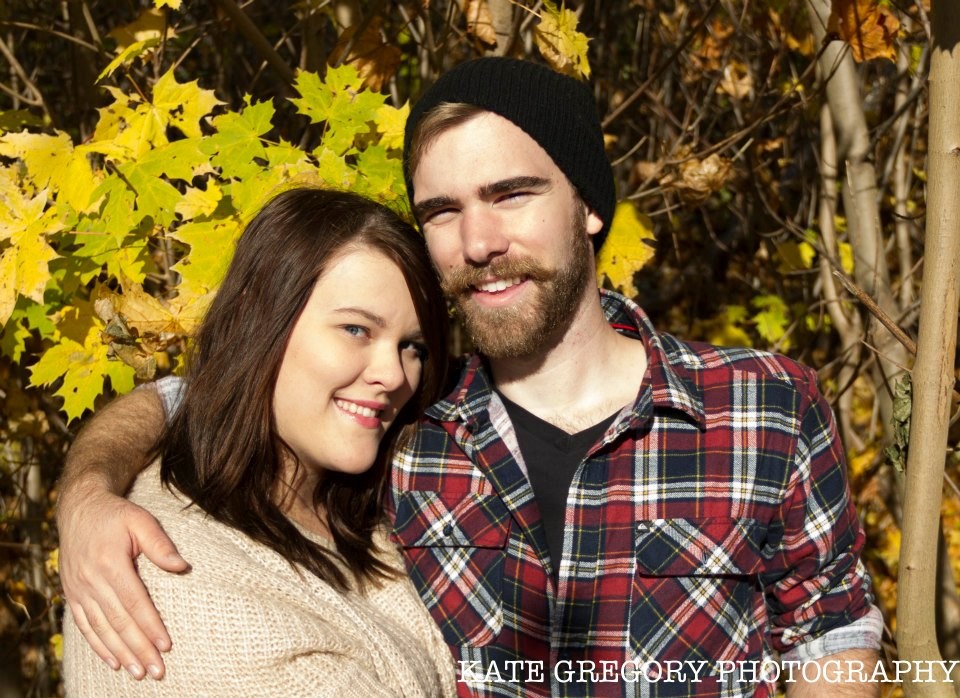 My fiance and I met online, on the ever-so-popular, yet dreaded, Plenty of Fish. At first my roommate made me an account as a joke but when I came across Colby I was struck by the amazing beard and silliness of his profile picture. I hesitated for days to message him but finally built up the courage to write to him and say "I like your beard". After waiting patiently-yet-anxiously for days he replied and our relationship took off from there. At first I was a little embarrassed to tell people I met a guy online especially on but now I realize its the most amazing thing that ever happened to me and I wouldn't change it for the world. Now, the engagement story. On December 13 we were planning on just cooking dinner and having a lazy night because it was our first day off together in weeks. He cooked an amazing dinner and I helped here and there but it was just the kind of meal that made me realize why I fell in love with him. He took time and effort on each thing and made sure it was perfect in appearance and taste, he is a perfectionist and for some odd reason I love that. He brings out the best and positivity in me. Later on that evening we decided to go to for coffee to get out of the apartment and just relax and after I had my jacket and keys in my hand, ready to leave, he decided last minute he was going to decline and said that he wanted to stay home and wrap gifts. I quickly responded with a rude remark and was annoyed that he changed his mind so quickly. A half hour later he told me to come in the bedroom and then asked me to take a piece of the Kinder Surprise chocolate egg that he had gotten in a gift earlier that week. I opened the chocolate and gave him half and when I opened the yellow plastic egg he was on one knee and there was a ring inside the egg. On the instructions he wrote 'Will you marry me?'. I instantly had butterflies and it was the most amazing feeling ever. I hope our story can inspire couples that love can come from anywhere and everywhere, especially when you least expect it —as told by Brittany Gouthro