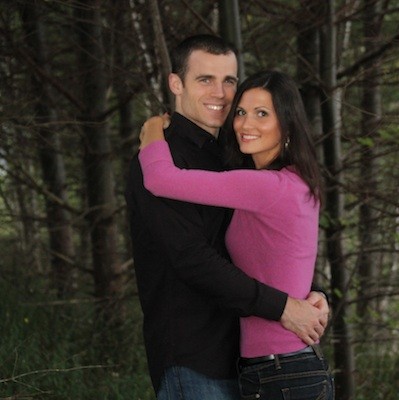 Brent couldn’t help but notice Gorica at the Tower (Saint Mary's University Gym), where he worked out one semester. He never had a chance to officially meet her. Years later, Gorica went to a friend’s place not expecting anyone else to come over. Brent came over that evening, not expecting to see Gorica. When he saw her, his eyes lit up. This was the same girl from the gym and he finally had a chance to talk to her. She was smitten right away. He had to see her again and this time, he wasn’t going to let her go.

They decided to meet for supper and he made the most delicious lasagna she had ever tasted. No guy had ever cooked for her before, so she was very impressed. The next time they saw each other, he made his famous banana chocolate chip muffins.

“He can cook AND bake.” Gorica thought “This one is a keeper!”

This was almost 5 years ago and he has made her some of the most delicious meals since. He recently made her favourite meal for supper, followed by her favourite dessert. When she was full of delicious food and wine, he dropped down on one knee in the middle of the living room and asked her to marry him and make him the happiest guy in the world. He wine and dined her into the proposal - how could she ever say no to that!

*As told by Gorica Kurilic