On the worst day of her life, he turned that frown upside down. 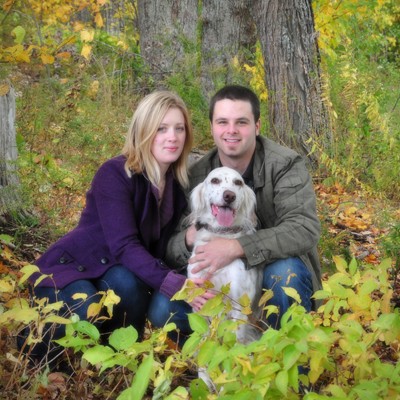 Daniel and I are High School Sweethearts and have been building our life together for 7 years now. We’ve known for some time that we’d one day get married, and I was very excitedly looking forward to the day when he would ask me to be his wife.

Our engagement came on a day that couldn't have gone any worse. As I drove home from work on a stifling day in July, Dan called to let me know that he had to work late that evening. Almost immediately after I hung up my phone, my car began sputtering and losing power, just as I went under an overpass, with nowhere to pull over. Panicked, I prayed and begged the car to just make it a little further. Thankfully I made it (barely) to a gas station a few feet ahead. I called Dan, who then had to come to my rescue. What followed was a tedious journey with Dan driving my car, and me following close behind in his truck. After pulling over and jump starting my car 3 times, we finally made it to the impound/junk lot where we left my car.

On the ride home I was quite upset with the fact that I had just said goodbye to my first vehicle. Suddenly, Daniel came out and admitted that he really hadn’t planned to work late that night, and that he had really planned to go and pick up a special piece of jewellery that had arrived earlier that day. He knew it wasn’t particularly romantic, but had felt so bad that I had such a terrible day, and wanted to make me feel better. He certainly did!

So that evening, we drove into the jewellery store, where he picked up my ring and proposed to me over ice cream at my favourite ice cream stand.

Although it was not your typical romantic proposal over a fancy dinner, I wouldn’t have had it any other way.

I am now excitedly planning our wedding, which will be held on September 10, 2011 in the Annapolis Valley with our close family and friends.

*As told by Rachel Leeman.