Red Tails goes down in flames

Schlocky picture does wrong by heroic pilots and audiences 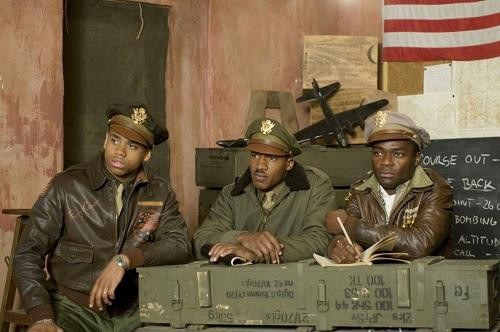 Word has it George Lucas, as producer, has been working on this WWII flick (directed by Anthony Hemingway) since the late '80s. You’d think a couple of decades would be time enough to concoct fully developed characters and credible dialogue. As it is, this tribute to a group of black pilots in the Tuskegee program, relegated to the ground for much of the war, doesn’t venture far into complex race relations, glossing over them in a simplistic, sentimental way; only one scene---in which the pilots are invited into a whites-only bar for a congratulatory drink for their heroism (protecting the white pilots)---attempts to go beyond this. A historically captivating story, with black leads (a rarity in Hollywood, unfortunately), is turned into an epically long schmaltz-fest with mediocre CGI effects. The Tuskegee pilots (and viewers) deserve better.

Red Tails is not showing in any theaters in the area.