Good idea? I think so! 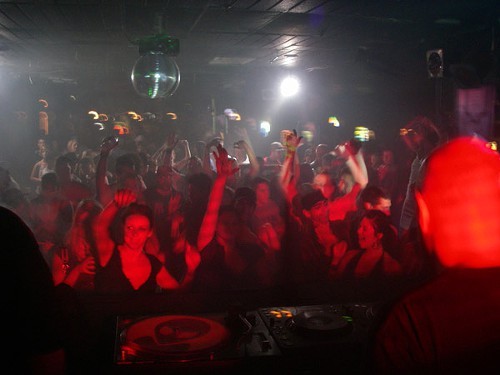 There's been murmurings going around for some time that Reflections - the downtown dance bar and home of the full band open mic night Rockin' 4 Dollars - might be moving to the old Paragon Theatre/Marquee space at 2037 Gottingen St.

Right now, it looks like the rumour is true: reports from OpenFile Halifax and Allnovascotia confirm that the bar is waiting for approval to move its cabaret license to the new location. According to these sources, it seems likely that the bar could be settled in its new home by New Year's.

I was speaking to some friends who also happen to visit drinking establishments and we discussed our patron's wish list of what we'd like to see at the "new" Reflections, should the cabaret license pass muster. While I work on getting in touch with someone from the bar, here's some of my ridiculously idle speculations/dreams about what might happen with the space.

Please note: These are my opinions and don't necessarily reflect the opinions of the Coast. Also, I cannot confirm whether any of this will actually happen. It's just my blather. Take it or leave it.

Hell's Kitchen was pretty much my favorite bar in the city, I loved seeing bands there and I really miss it. Keeping Hell open for live music would enable Reflections to keep its cabaret license while leaving the upstairs free for its dance nights. Also, pizza??

This was a friend's suggestion, and I think it's just NUTTY ENOUGH that it would be perfect. I for one would greatly enjoy seeing a band that was formed in someone's basement on a Monday afternoon play the Paragon main stage in the evening. If you are going to be shambolic and hilarious, you may as well do it with a decent sound system, raised high for all the world to see. I feel that moving Rockin' 4 Dollars to the bigger stage might encourage more musicians to crawl out of their north end hovels and go for the money. The evening has been a great stimulus for the local music scene - let's give it the pomp and circumstance it deserves.

I don't intend this as a slight to the owners of the Paragon. They worked really hard and tried something new, so more power to them. Sometimes, though, I think you should let a bar be a bar. The art at the Paragon was great, and the cafe I'm sure was quite nice, but that's a lot of expectation to pile onto a single venue. One thing I've always liked about Reflections is that it is what it is. No extraneous bells or whistles. I want drag queens and sparkles. I want drink specials. I want dance hits and then I want to jump on the stage and dance with my friend and maybe fall off the stage again. I want to watch cute people make out and get silly. I like the idea of this type of atmosphere continuing in a smaller, contained space like the Paragon. I think it could be really exciting.

This includes taps that don't scald your hands with hot water when you turn them on, and sinks that have taps, period, and stalls that aren't always out of order. Oh, and a cleaner floor. I don't need to eat off it, but it doesn't need to fill me with frissons of horror on a nightly basis either. Let's open up the building's nice, ornate, well-lit bathrooms so people can feel comfy while - in the words of Danny DeVito - they're "making."

I'm sure all you smart people have other thoughts about what should and should not happen with this proposed new space. Tell me all about it in the comments. I'm into it.