Reintegration: A nicer word for assimilation

To many in this country, Muslim children fleeing violence will always be a project in need of fixing. 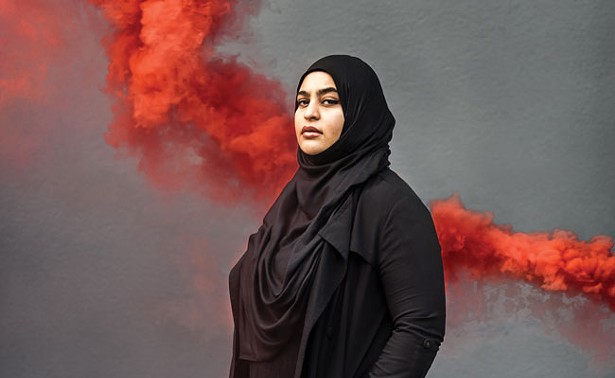 MEGHAN TANSEY WHITTON
Masuma Khan is an Afghan woman who is a second-generation settler on Mi’kmaq territory. She is the vice president academic and external for her second term at the DSU, and in her final year of the international development studies program at Dalhousie.

Afghan children are among those who have never seen an Afghanistan not inflicted by violence.

As an Afghan, my children, brothers and sisters are dying. I am an Afghan youth displaced due to violence. I may have never seen the violence on the land that is indigenous to me, but it is this violence which has led to my identity as a settler born on Mi’kmaq territory.

Though I will never know the experiences of such violence, I can relate to the ways in which this western society wants us to reintegrate. This is why I want to challenge the rhetoric of “reintegration” around child soldiers or “radicalized” Muslims.

Yes, reintegrate. This society wants to strip us of who we are at our core to conform to colonial legacies and institutionalized whiteness.

Afghan children are to be into a form that is palatable to your Uncle Bob and your Aunt Karen for them to be seen as having any value.

At what point do we change who we fundamentally are as people to fit in? When turn to Moe, we’re changing the ways in which we refer to our own selves to conform.

Why can’t our children just be children? Why can’t we let them work through their violence and PTSD with community and care? Instead, we are imposing binaries, norms and colonial legacies upon the child.

It is colonial powers that sought out our people to “civilize” them—to change our culture, our language and our systems to make us into their ideal colonial subject—only to have these legacies of colonialism inflict systemic violence upon us.

When I think about reintegration, I feel it’s the same concept of “civilizing.” To the neoliberal and capitalist powers, my children will always be a project in need of fixing.

The reality is that as Afghans and Muslims in what is called “Canada,” the majority of people only like our cultures when they get it in a form that’s palatable to them—as a consumer good.

They love to eat our food or see us wear our traditional dresses. They only like our culture when they have the power to choose when and how to come into contact with it.

Ever since colonial contact, our cultures have been “Orientalized” as exotic even as our lands and people were appropriated and occupied.

Our cultures are good enough for Zara to sell, but as soon as this society comes into real contact with us it’s too “tribal.”

We are both too complicated for this society and also over-simplified by it—reduced to nothing but an uncivilized tribal people who have been stereotyped as being violent since the earliest of encounters.

Even when we try to fit in, we don’t. Our Muslim-ness is seen as an act of rebellion against the state, and so we are subjected to state violence in its many forms of systemic oppression.

Reintegration is inflicting violence upon us because our hijabs and modes of make us stick out. We’re called “towel heads,” “jihadis,” “terrorists” or conflated with images of the Taliban and child marriage.

We know that there is a symbiotic relationship between the radicalization of Muslim youth and Islamophobia. Muslim youth feel “othered” when coming into nations such as Canada and being treated with dehumanizing comments and behaviour.

As a child who hasn’t fled conflict, I constantly get comments such as, “Why can’t you just assimilate into Canadian society?” and, “You need to stop Islam and learn our values.”

Reintegration is just another word for  assimilation.

Children who are seeking refuge from armed conflicts do not need reintegration—they need to be loved unconditionally.

Children fleeing armed conflict don’t need to assimilate. They need to be exactly who they are with all their experiences. I want my Afghan children to know that they are the jewels of the world.