Rent control idea frozen out, along with Nova Scotian tenants

Proposed legislation from NDP might not be the solution to housing affordability, but something is needed—and soon. 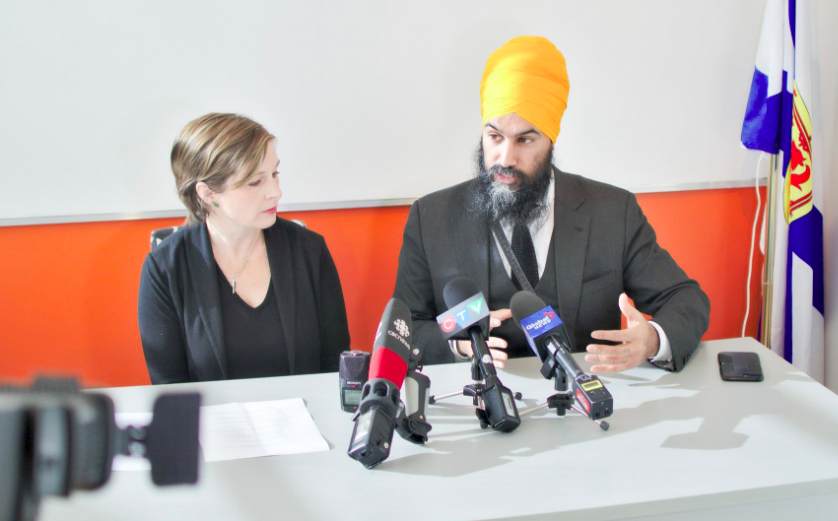 Rent control could be a step in the right direction for Nova Scotia but some think it won’t be enough to address poverty and housing affordability.

The NDP proposed new rent control legislation last month that would see rent increases capped at 0.8 percent for the first year, and become negotiable after that. During Jagmeet Singh’s stop in Halifax this past weekend, the federal NDP leader also joined New Democrat MLA Susan Leblanc to talk about the city’s affordable housing crisis.

But the political debate around this proposed legislation is only one piece of the puzzle, according to Talan Iscan, chair and professor of the economics department at Dalhousie University. Iscan says the amount of people spending 30 percent or more of their income on housing is a “worrying trend, and this legislation, I think, attempts to address this in a partial way.”

The proposed rent control plan from the NDP, which was introduced by Dartmouth North representative Leblanc and quickly shot down by the governing Liberals, is what Iscan calls a Band-Aid solution that nevertheless could increase awareness of the issue.

Chantelle Kaiser is precisely the kind of person the NDP’s proposed legislation targets. The 31-year-old single mother’s Dartmouth apartment costs her over $1,000 per month including utilities, but poor management and a lack of support from income assistance have made her living situation unbearable.

“Since I moved in here, it’s been a nightmare. It’s been the worst place I’ve ever rented,” she says. She spends nights with her three-year-old son wrapped in blankets and clad in sweaters and sweat-pants because the heat doesn’t keep them warm.

“My teeth were chattering while I was making breakfast,” Kaiser says of some recent October mornings.

This was after repeatedly complaining to her landlord about the heat and a plumber coming in to change the boiler to the “winter setting.”

Her frustrations are magnified under the looming threat of annual rent increases. In Kaiser’s previous apartment, rent would go up every year by roughly $30 to $40.

“Trying to keep healthy food on the table for a kid, $40 less is a huge drop in healthy food,” she says.

Income assistance gives her a maxed out rent allowance of $570 per month. She has no idea where to find apartments that cheap in the HRM.

Halifax recently became PadMapper’s 10th most expensive city in Canada, with rent for a one bedroom increasing over the last year by 10.9 percent. Geoff MacLellan, Minister of Service Nova Scotia, disputes those numbers, pointing to Canadian Mortgage and Housing Commission stats that say the rent for a one-bedroom only increased 2.3 percent over the last year.

Either way, there’s a long way to go in addressing the waiting lists for affordable housing and people spending more than 30 percent of their income on housing.

The NDP’s proposed bill “wasn’t actually about directly putting cash into the pockets of people who are low-income and who are paying high rent,” says Iscan, adding that it only helps people who stay in one rental unit for a long period of time. A landlord could still the rent as soon as the tenant leaves.

But it could help “smooth over” the issue, Iscan says, and provide security and predictability to landlords and tenants, much like how gas prices are controlled.

“I lean on them to get my advice and guidance,” he says of his team. “They haven’t taken the position officially that rent control would help.”

MacLellan didn’t offer a concrete solution to the issue of affordability but says the continued economic growth of the province will go a long way to helping the government invest in solutions such as reducing wait lists and rent supplements.