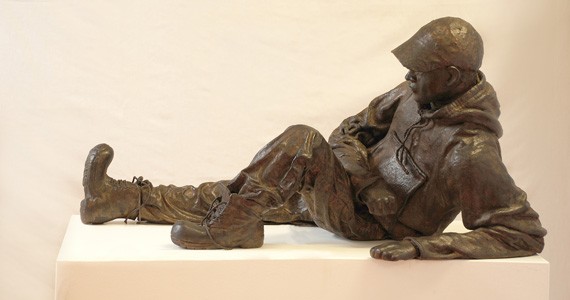 Kristie Sheehy, Al Bergin and David Howells know the meaning of strength in numbers. The three Nova Scotian artists have combined their talents in an effort to not only give more prominence to the range of realist works being created right under our noses, but also to work towards bringing realism away from the fringes and into the galleries. Essentially, realism in Nova Scotia needed a face. Or better yet, three. "We all believe that a large part of the public are often offended or outraged at some of the more controversial and sensational artwork gaining media exposure today," says Howells. "We would like to offer the perspective of the missing voice---the response to these often controversial things." After much hard work the group's inaugural exhibition puts the spotlight on meticulously detailed paintings from Howells and Bergin as well as Sheehy's life-like sculpture work.