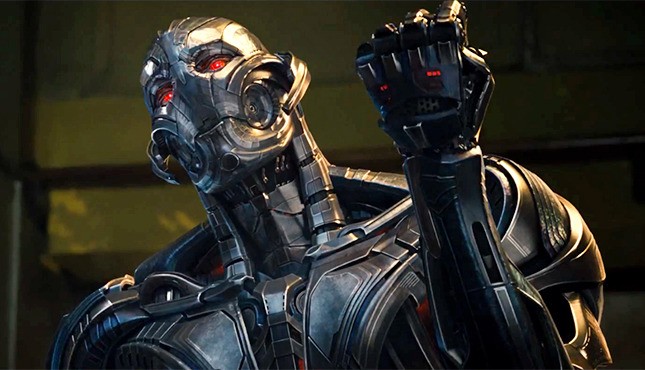 “Where are all the ladies?” asks Maria Hill (Cobie Smulders) in Avengers: Age of Ultron, in a winky tone that is Joss Whedon saying “Look, I get it! I am a feminist too! I did Buffy!” Except there are only eight other women with speaking roles in a credited cast of over 100, and two of those are single lines in fantasy sequences. Hanging a lantern on it is not actually addressing a problem. And anyway Whedon somehow manages to find the time to wedge in Anthony Mackie, Don Cheadle and other, unnamed dudes into this story about Iron Man (Robert Downey Jr.) pulling a total boner move by creating a murderous robot (voice of James Spader, delightful) that tries to destroy the earth by picking up a city to throw at it. There’s a bunch of other stuff in there too, including Scarlett Johansson being totally wasted, Elizabeth Olsen being totally awesome neither Natalie Portman nor Gwyneth Paltrow showing up, and a bunch of farmland crap with Hawkeye’s (Jeremy Renner, stop it) family. It’s as entertaining as holiday fireworks: initially exciting, which fades; then just loud, and finally the sense of time wasted because everything you just watched was pretty, but utterly meaningless.