Review: Her Last Project sees a woman writing her own ending 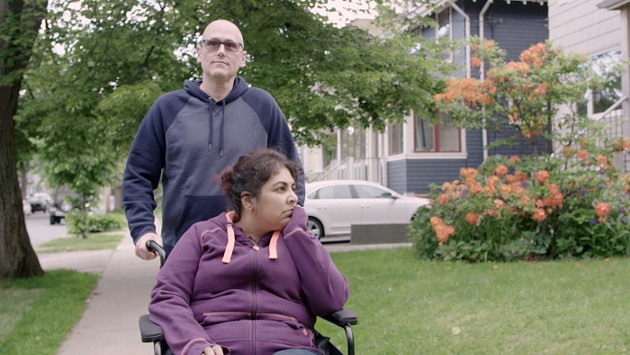 Submitted film still
Shelly Sarwal reclaims her agency with Her Last Project.
Shelly Sarwal didn’t view her death as a tragedy. But, that doesn’t mean she wanted to die. As she points out in Her Last Project, which chronicles the last year and half of her life after being diagnosed with Multiple System Atrophy (MSA)—a rare and incurable neurodegenerative disease—she just wasn’t given a choice in the matter.

What she was given were options.

Through the MAID (Medical Assistance in Dying) procedure, Sarwal was able to make decisions and have some sense of control over her own death. She even planned a “going away party”—a celebration of life: Hers, and those of the people she loved, which was held shortly before she took her final breaths last August, at the age of 48. She collaborated with Canadian Blood Services, in partnership with Legacy of Life at the Nova Scotia Health Authority, and director Rosvita Dransfeld to document the process.

Her Last Project, which had its world debut at The Atlantic International Film Festival on Sept. 13, is the result of that collaboration. The 45-minute documentary follows Sarwal as she goes through the MAID procedure and organ donation, with the goal of stimulating greater conversation around end-of-life care and end of life choice, as well as organ donation. Sarwal donation saved three lives. She donated her brain to research.

“She was the first person in Nova Scotia to embark on this complicated medical journey, and an amazing advocate,” Dransfeld recalled during Friday’s premiere. “She really wanted to show that we can take control of our own lives.”

While Her Last Project is alternately heart-warming and heart-wrenching to watch—particularly as Sarwal’s friends struggle not to let her see them cry as they offer her their final goodbyes—it’s also inspiring.

Sarwal was pragmatic, but she was also fiery and endlessly positive when most of us would be bedside ourselves. In one scene, we witness her attempt to walk down steps she no longer has the strength to descend on her own, watching her sigh and then laugh as she asks her husband, Randy, for help.

In another scene, Sarwal, hungry, but lacking the energy to eat, stares down her bowl of ice cream—her favourite treat—like a marathon runner searching for that final burst that will propel that across the finish line. She picks up her spoon and triumphantly shovels in what she can.

Beautifully shot and thoughtfully edited, Her Last Project makes a convincing case for Sarwal’s plight, for those who need convincing – she is young, too young, not to be able to eat her ice cream.

Catching up with the Crash Test Dummies

Review: Run this Town runs out of breath