Michelle Zauner’s solo project opens for Tegan and Sara Thursday at the Cohn. 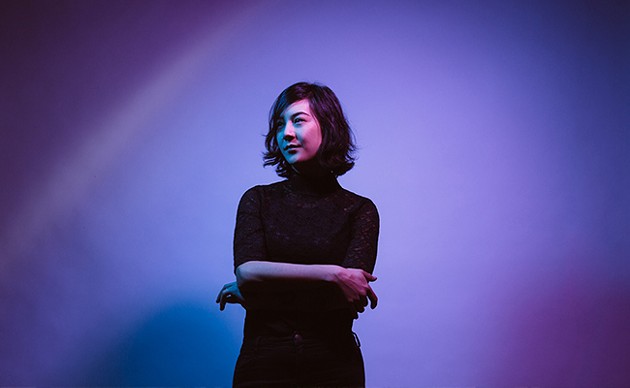 
The title of Soft Sounds from Another Planet, Michelle Zauner's second album under the Japanese Breakfast moniker, suggests a supernatural focus that doesn't entirely capture her decidedly worldly concerns. Aside from the iridescent lead single "Machinist," which sees Zauner colouring a love story with auto-tune, drum machine claps and a saxophone solo, Soft Sounds treads mostly within a comfortable palate of swirling guitars—more shoegaze than science fiction. Within these walls of sound, Zauner explores themes of distance, resonance, and healing; her voice—a soaring, remarkable instrument in its own right—is placed high in the mix, allowing her stunning delivery and lyrics to take centre stage.

The full force of Zauner's art—and the complete range of her voice—isn't felt until the record's end: On "Till Death," Zauner pleads for love and intimacy to steady her in an uncertain world; on "This House," emotional labour is cast as a task as beautifully quotidien, necessary and recognized as domestic labour. Sometimes plaintive, sometimes transcendent, Soft Sounds from Another Planet is a record that ultimately speaks to traumas both personal and shared, affirming art and companionship as antidotes to the undeniable weight of the present.