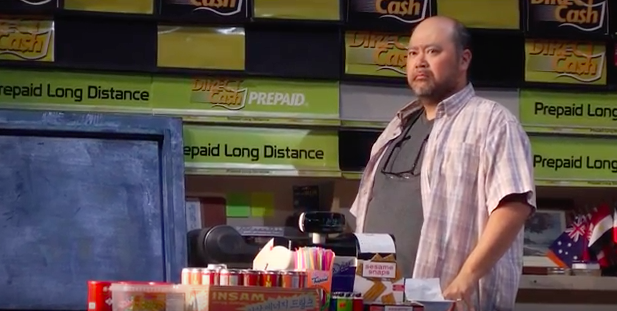 Ins Choi’s play, Kim’s Convenience, now also a CBC television series, follows a Korean family in Canada running a convenience store. Walking into the theatre is like entering a very familiar place; the set is a realistic replica of a typical store with the same things on the shelves, the same colours on the wall, and the same bell on the door. The difference comes from the people whose pride is this very store. They are a hardworking, pragmatic and generous family. There are also rifts in their strong bonds, and these are shown with humour and insight. Paul Sun-Hyung Lee as Appa (“Dad”), patriarch of the Kim family, is equal parts hilarious and touching. Maki Yi as Umma (“Mom”) gives a gorgeous, subtle performance and quietly commands attention whenever she’s on stage. There are a few sublime moments when only Korean is spoken and the audience can either get lost or watch the actors more closely. It is a joy to spend an evening in the world of Kim’s Convenience.