REVIEW: Pardis Parker re-prioritizes your life at The Haviland Club in Charlottetown

The Halifax-born comic clears your skin, fixes your credit and gets your to-do list in shape with a rich, relatable live set that's part of his latest national tour. 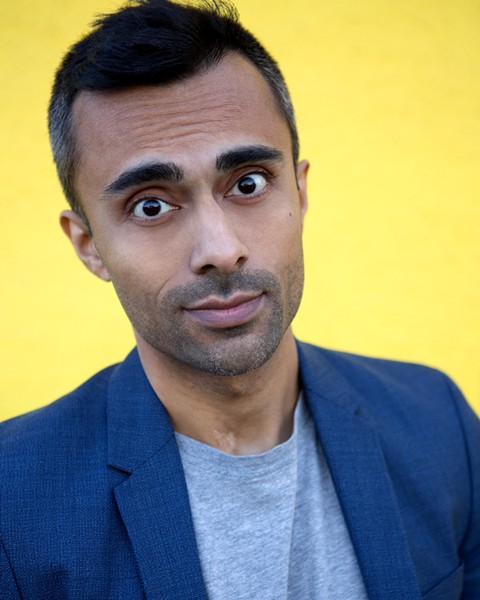 The last time Pardis Parker visited PEI was 25 years ago, when he helped his grandfather—who was living there at the time—collect milk for making yogurt. To Pardis’s amusement, his grandfather and the farmer exchanged mafioso looks as the milk deal went down.

This story, which Pardis shared from The Haviland Club stage on August 17, was timely: The week Pardis is back in town is also the Old Home Week Exhibition in Charlottetown. He did note he could smell the farm air in the city and asked who the out-of-towners were in the audience. Several people raised their hands and the comic was soon schooled on Come From Away, PEI-style. (The thought is people not born here, but come to PEI by choice or circumstance, are never called Islanders.)

Pardis lives in Los Angeles, pitching scripts, when he’s not in Halifax as a writer-correspondent on *This Hour has 22 Minutes*. He said several times he is not rich. But, he is the kind of nice guy you want to root for to not finish last. As his latest comedy tour winds across Canada, it feels like we don't have to worry too much about that.

He bonded with the audience over the frustration of food and relationships. Is spinach a good source of iron? How do you make that first move at the club? What is the best song to impress someone at karaoke?

Going out for wing night may not be the best first date choice. Pardis perfectly captures the awkwardness of the mating game: From getting that person’s attention to having to break up due to new career or life directions, relationships are hard. But are they as hard as making a living?

Life is full of small, memorable moments, he says. They may be as simple as tucking hair behind your date’s ear.