With the Jerry Granelli Trio and the Vivace Children’s Choir 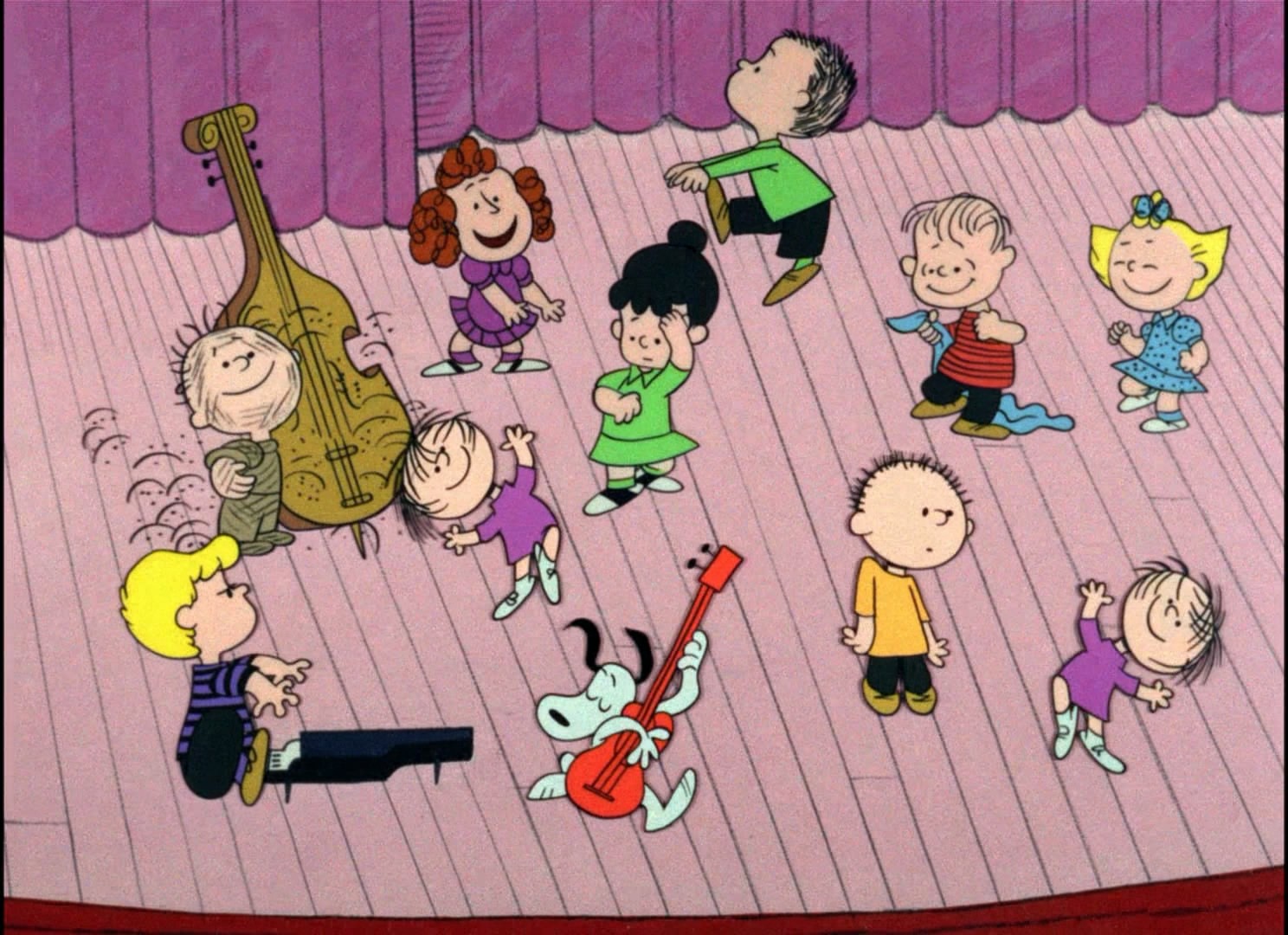 While the temperature dropped below freezing, and snowflakes danced atop Citadel Hill, a nearly sold out crowd gathered to warm their cockles at Spatz Theatre for The Halifax Jazz Festival presentation of Tales of A Charlie Brown Christmas, featuring the Jerry Granelli Trio and the Vivace Children’s Choir Sunday afternoon and evening.

As the only surviving member of Vince Guaraldi Trio, the original musicians behind Charlie Brown’s quintessential holiday soundtrack, Granelli was as gracious and playful as a Peanuts character. Granelli was joined on stage by bassist Simon Fisk from Calgary, and pianist Chris Gestrin from Vancouver.

Both the matinee, and evening production featured a multi-media performance combining jazz standards, Vivace Children’s Choir and snippets of video footage from Charles M. Schulz’s famous A Charlie Brown Christmas. Audience members of all ages soaked in the sweetness of the seasonal treat.

Surprisingly enough, the music wasn’t meant for A Charlie Brown Christmas, and yet the opening notes to “Linus and Lucy,” now embody the holiday season. Originally, network execs at CBS didn’t think the jazz trio’s songs would work for the children’s show, and assumed it would flop. Boy, were they wrong.

Granelli cracked a joke, saying he felt like he was giving a lecture on jazz history, when in fact he is jazz history, and some folks wished he were just plain old history.

For nearly 50 years, Granelli refused to perform the songs from A Charlie Brown Christmas, he even mentioned only grossing approximately $60 as the drummer on the original recording.

Last year, he had a change of heart, as this is the second year Tales of A Charlie Brown Christmas was presented by Halifax Jazz Festival. As their 11th annual fundraiser to support music education programs, the children’s choir, jazz performance, and trip down memory lane with old Charlie, Linus and Lucy was a truly tender occasion.