Review: Where to Invade Next

This is entertainment, but you’ll learn something. 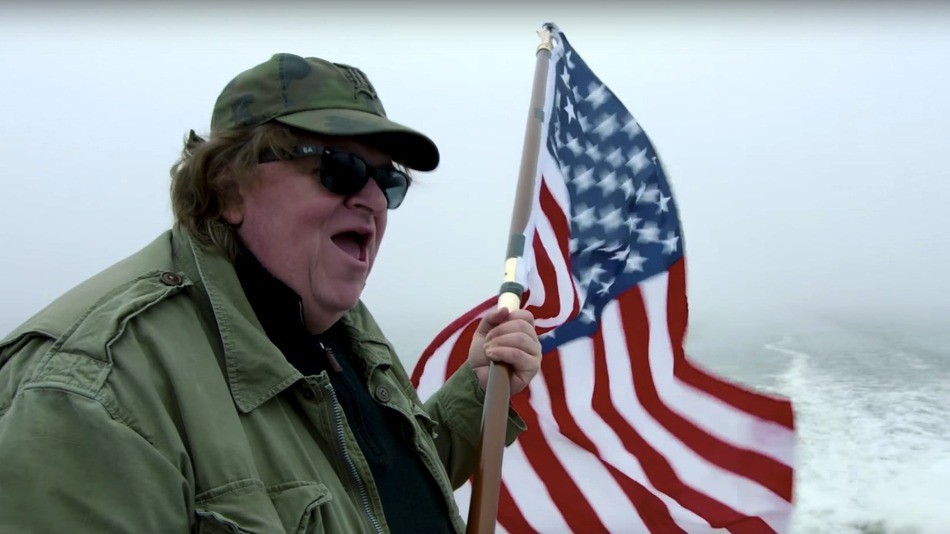 The idea that Michael Moore, the only multimillionaire documentarian, is a outsider Everyman slash provocateur has been laughable since he won the Oscar for Bowling For Columbine. His schtick—he still wears the same baseball hat/glasses/ill-fitting jean combo he’s been sporting since he was a commoner, circa 1989’s Roger & Me; he still narrates, in his folksy Michigan accent, with jaunty smart-mouthed contempt—either works for you or it doesn’t (the latter, in our case), flipping off documentary form by making himself the main character and staging scenes. But you often can’t argue with the facts he presents, even as a non-American, as he travels the world in Where to Invade Next, featuring a completely irritating framing device where he plants the American flag at various sites of progressive humanity. He learns of the copious weeks of vacation offered to Italians. He visits a Norwegian prison where convicted murderers have full access to knives that would make Jamie Oliver weep. He goes to France to check out the kids’ gourmet school lunches, then shows them pictures of the average American kid’s daily slop pile as their berets droop in horror. He tells tales of free post-secondary education in Slovenia and a man who doesn’t wish the death penalty on a psychopath who murdered his child. And on and on, cross-cutting between American cops gunning down, tear-gassing and otherwise causing bodily harm to their own citizens. Though Canada has often struggled to have its own identity separate from America, culturally, a movie like this scans as completely foreign. Moore’s methods can be off-putting, but he gets results. This is entertainment, but you’ll learn something.

Where to Invade Next