Reviewer not The Lucky One 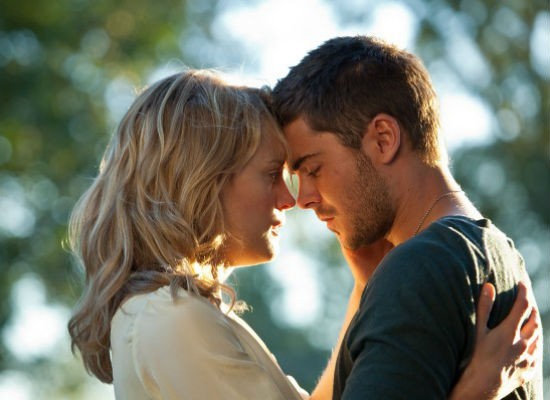 Zac Efron is a haunted man in The Lucky One, a spoonful of sap tapped from the same source---novelist Nicholas Sparks---as The Notebook. Efron’s Logan is an ex-Marine suffering from post-traumatic stress and a nagging need to connect with the mystery blonde (Taylor Schilling) whose photo he found in Iraq. Efron himself wears a stunned expression that suggests he’s reading the script for the first time on a teleprompter and thinking, "can they possibly be serious?" Yes, they are, Zac, and painfully so. The sentimental pap starts with Logan walking, Bill Bixby-style, from Colorado to North Carolina. One wise elder (Blythe Danner), one cute kid (Riley Thomas Stewart), one cartoonishly nasty ex-boyfriend (Jay R. Ferguson), two softly-lit PG sex scenes and countless ludicrous plot twists later, one feels a certain empathy for Logan’s PTSD.