“Without the proper advice...you could go down many blind alleys, waste a lot of money.” 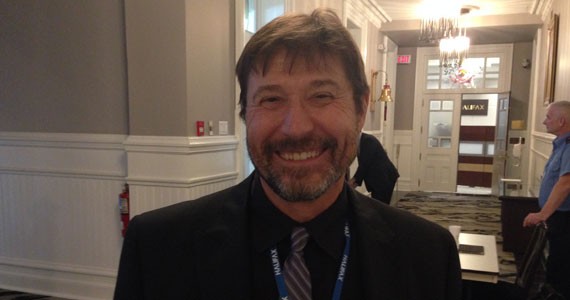 It’s foolhardy to make decisions without the proper advice, which is one reason councillor Richard Zurawski wants to create a science advisory committee for HRM.

“When you start talking about the politics and the decisions without a science council, you’re stabbing in the dark,” says the councillor for Timberlea-Beechville-Clayton Park-Wedgewood.

Zurawski broached the idea last week at a committee of the whole meeting to set council’s strategic framework for the next four years. While HRM has several scientific minds on the Regional Watersheds Advisory Board, and some experts working in-house at City Hall, there is no advisory board specifically dedicated to the sciences.

“Science is implicitly implied, but nobody knows what it is,” says Zurawski. “So what we need is an advisory board to say, ‘OK, this makes sense. This doesn’t make sense.’”

In the councillor’s view, that could take the shape of scientists from across different disciplines—education, medicine, the environment—coming together to advise council and municipal staff on everything from the latest climate change research to issues in setting up Halifax’s planned public wi-fi.

“We have many advisors. We have economic advisors. We think nothing about hiring groups of economists to come in and give us their witchcraft, so why not bring in a group of scientists?”

Zurawski, whose PhD from Mount Saint Vincent University focused on how the media portrays science, says there are “all sorts of memes out there” and unverified internet facts causing misinformation in the public sphere. In a post-truth world of fake news, that problem is likely going to get worse before it gets better. All the more reason, he says, for the new advisory group.

“We’re becoming more and more disenfranchised from fact-based decision-making and decision-making that is based in evidence, and the only way to make sure that our decision making is evidence-based is to have a science council,” says Zurawski. “Without the proper advice, when things change, you could go down many blind alleys, waste a lot of money.”