Legendary advocate for environmental, feminist and Civil Rights causes passes away in Halifax at age 100. 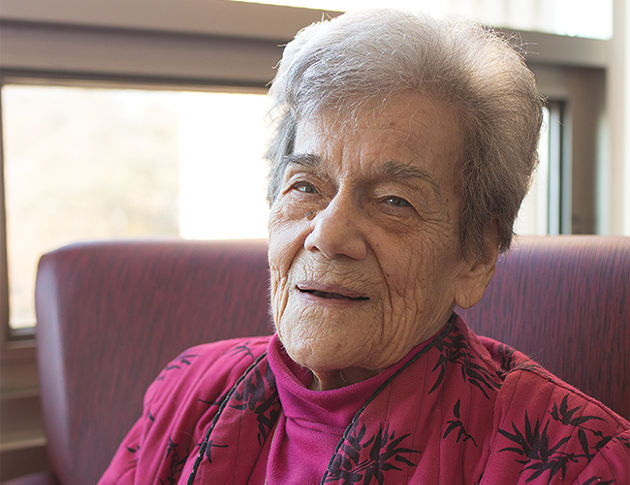 An inspirational figure who spent several decades fighting for peace around the world has passed away.

Betty Peterson has died at the age of 100. The American-born activist, who served as a role model to a generation of women in Nova Scotia, leaves behind a lifetime of work battling inequality.

“She’s been a familiar sight at marches, sit-ins, anti-poverty protests, Indigenous rights activities and other events staged to shine a light on injustice,” writes The Coast reporter Michael Lightstone in a profile of Peterson published shortly before her last birthday.

“Those who know her are presented with a diminutive, straight-shooting woman who wears her heart on her sleeve.”

Born in Pennsylvania in during the First World War, Peterson and her late husband Gunnar spent their marriage marching in protests for peace and advocating for Civil Rights and environmental issues.

The couple moved to Cape Breton in the '70s after becoming disenchanted with American politics during Watergate and the Vietnam crisis. Gunnar worked as the provincial co-ordinator for outdoor recreation, where he helped lay the groundwork for Nova Scotia’s nature trails. Betty relocated to Halifax following his death in 1976.

Peterson was close friends with fellow renowned activist Muriel Duckworth. The two lived together at one point, renting rooms in their “Peace house” out to students. Their first tenant was future Green Party leader Elizabeth May.

In 1988, Peterson was arrested and temporarily jailed after travelling to Alberta in support of an Indigenous nation’s land claim battle. She was also a longstanding critic of the annual Halifax International Security Forum, where warmongers from across the globe gather in hotel suites to discuss their trade. In her 80s, she joined with other elderly war protesters to form the Raging Grannies.

“We try to make our words really meaningful and biting,” Peterson told one journalist at the time. “So you get up there and give people a poke in the ribs, a kick in the pants and get the message across.” 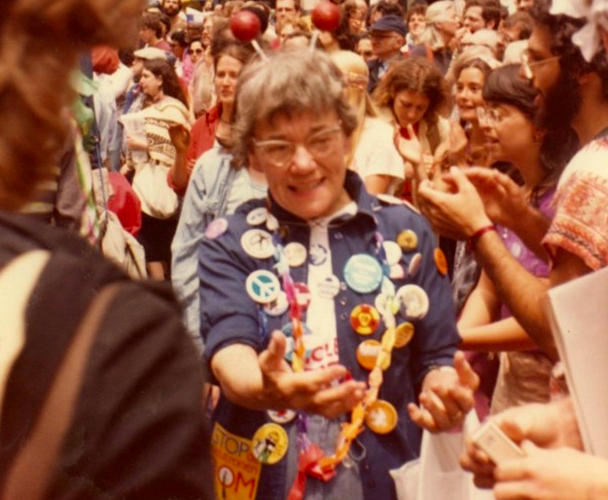 Peterson was awarded an honorary doctorate from Mount Saint Vincent University in 2000. Ten years later, she received the YMCA of Greater Halifax/Dartmouth’s Peace Medallion. In 2012, she was a recipient of the Queen Elizabeth II Diamond Jubilee Medal for her decades of activism.

The Canadian Museum of Immigration at Pier 21 paid tribute to Peterson in 2014 with a display containing the button-covered shirt she wore to countless protests across North America. The button collection has a permanent home at MSVU.

In 2016, Canadian Voice of Women for Peace presented Peterson with the Muriel Duckworth Award for Peace Activism.

“For many years, you have dedicated tireless hours to many of civil society’s peace and social justice communities,” reads the award's dedication. “As an unstoppable advocate through non-violence , campaigns, workshops, lobbying, especially for disarmament and First Nations peoples’ concerns, your leadership speaks of the resourcefulness and strength you have dedicated to positive change.”

When asked by The Coast in 2014 if she had any advice for the next generation of strong activist women, Peterson was characteristically straightforward.

“Keep on keeping on,” she said. “It's worth it. Keep on keeping on. It helps you to keep your sanity, and it gives other people hope and calls them into action. I think there's a great deal of discouragement, and we have to let them know it's worth it to get out there and keep things alive.”