Rob Halford and a brand-new Judas Priest are in Halifax

“There’s a virtuous attitude in Priest” that fights oppression. 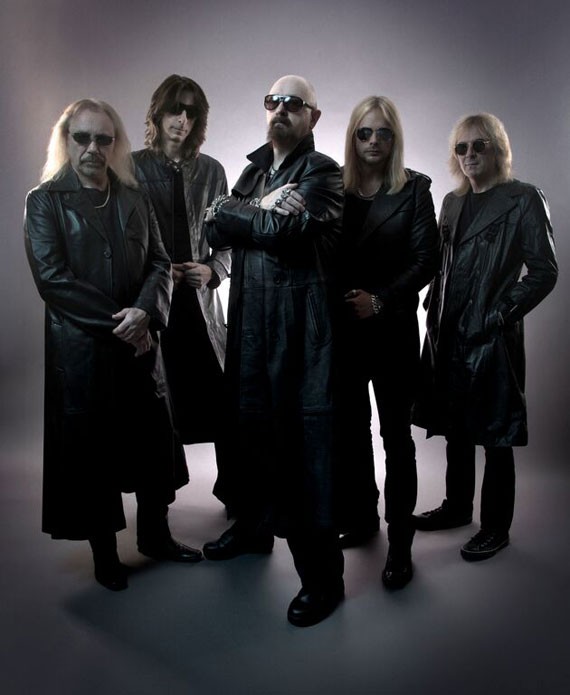 "Music is a revolution, an evolution," says Judas Priest's Rob Halford. "It has the power to change the world." For the last 45 years, the Birmingham heavy metal band has made powerful, screeching head-banging music with Halford's operatic vocals and fantastical mythologies that battle between good and evil. Last year, Priest released its 17th studio album, Redeemer of Souls, which was the first without guitarist K.K. Downing, who retired in 2011. "It was the first time we had written as a trio," says Halford of working with bandmates Glen Tipton and Richie Faulkner. "It was exciting to put together a brand-new Priest. We wanted to get back to the heart of what Judas Priest is about.

Like most of their albums, Redeemer of Souls—also the theme of this tour—focuses on a fantasy character from Halford's imagination. It's always been a trademark to incorporate allegorical figures and metaphors of justice in Priest's music.

"Like the Sentinel, like the Painkiller, the underlying message of those fantasy songs is a real one: we're still fighting the fight for truth, justice and banishing evil," explains Halford. "It might sound nerdy, but the Painkiller came to set people free. Our figures all have those same attributes, and there's always been optimistic streaks. There's a virtuous attitude in Priest for conquering things that try to oppress you."

He says there is often strong social commentary, as well. "A song like 'Breaking the Law' is still very true today," Halford says. "You grow up, leave school and can't get a job. Or look at the refugee crisis in Europe. Those people have been let down, they're screaming for a better life. If you're from a country that's dealing with oppressive situations, then metal-heads out there find solace and refuge and optimism in this music. They find change through metal music. Metal still plays an important role in today's world."

Taking this duty seriously, the members of Priest have a hand in the band's entire design, from the stage show to costumes to promotions on their massive two-year tours. "We painstakingly keep an eye on everything that's representative of Priest because we cherish it, you know. We cherish what it represents," says Halford. "And that's why, wherever we are in the world, when the house lights go off, everything flips over into the Priest world. For that moment, we're all together and it's special and unique. It's kept us alive and powerful all these years. I mean, I've been getting in the van for 40 years now."

Now 64, Halford still gives 100 percent at shows and he's looking forward to playing Halifax. "I can't wait to go out on the stage in Halifax and hear everybody sing," he says. "It's a privilege and an honour that we're still able to share these songs. We want to leave you with the best metal memories that we can."