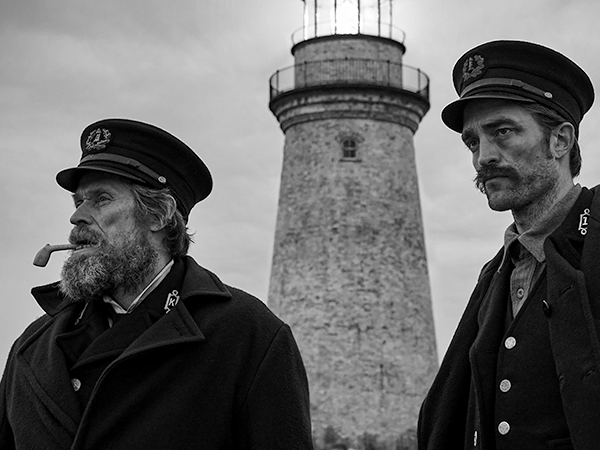 When Robert Eggers unveiled The Witch in 2015, he was so convinced it wouldn't succeed that he sought a back up project "just in case." After learning that his brother, Max, was working on a story about two men living in a lighthouse at the turn of the century, Eggers suggested they collaborate. His "plan B" became The Lighthouse.

"The fact that The Witch was made was a miracle," he recalls.

"I thought it was good enough to get some kind of distribution on a streaming platform or something, and that would have been a success for me. But I thought I needed to have something in my back pocket."

The Witch turned out to be a bit of a sleeper, earning Eggers critical kudos and a slew of prestigious awards. The Lighthouse, which hits theatres in Halifax on October 25, appears to be on a similar trajectory, earning rave reviews at TIFF and the FIPRESCI Prize at Cannes.

Shot primarily on location at Cape Forchu in Yarmouth, the black-and-white nautical fable stars Willem Dafoe (The Florida Project) and Robert Pattinson (Cosmopolis) as Thomas Wake and Ephraim Winslow, two salty sea dogs who drive each other mad while staffing and maintaining an offshore lighthouse on a mysterious North Atlantic island in the late 1890s.

"It feels nice...but a little embarrassing," Eggers admits of his salt-sprayed nightmare.

"But also, Tarkovsky would also hate this movie. I'm proud of it though."

For Eggers, the greatest joy in The Lighthouse going to wide release is delivering something that audiences aren't entirely expecting.

"I like the idea that you go in to the theatre and you think 'Oh no, I'm in for a really boring film that's too influenced by boring Hungarian cinema' and then five minutes in to the film, Willem Dafoe starts farting and you [hopefully] think maybe something else starts going on."

The cacophony of bodily functions serve a dual purpose; they're funny, but they are also a way in which Dafoe's character, Thomas Wake, taunts and bullies Ephraim Winslow. They are the first of the boozy old codger's many attempts to get under his soft-spoken underling's skin. As the tale unfolds, Winslow is mocked by menacing seagulls, haunted by bizarre dreams and seduced by screeching mermaids.

Surrounded by the elements and consumed by invisible forces, Thomas and Ephraim soon find themselves locked in a suspensful battle of wills.

"When you trap two men in a giant phallus, it's always interesting to see what happens," Eggers notes.

For marketing purposes, Egger's film is being described as "elevated horror" along the lines of Jordan Peele's Us, Ari Aster's Hereditary or Luca Guadagnino's remake of Suspiria.