A sombre film about old age with an unusual comic pairing 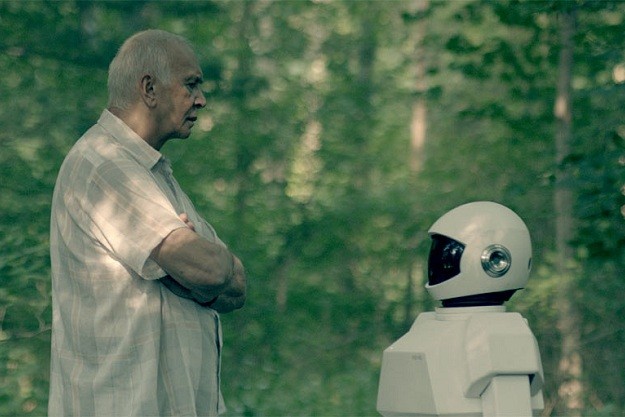 Technology, like the elderly, is often thought obsolete as soon as its out of date. Or so feels Frank (a charmingly grumpy Frank Langella), the retired cat burglar whose children don't want to visit him. When Frank's memory begins to fade, his son brings him an ASIMO-like robotic helper which Frank dismisses as a nuisance before realizing its criminal potential. Soon, Frank is teaching the robot how to pick locks while it gently prods him to embrace a low-sodium diet. It's a lovely comic pairing, punched up even more by Peter Sarsgaard's laconic delivery as the robot's voice. Deeper though, this is a quietly sombre film about old age. A story of how Frank begins to see in his circuit-filled surrogate son all the mistakes and failures of his own quietly-fading life. It's like The Death of Ivan Illyich, but more interesting because it has robots.