The third annual Women Making Waves conference is all about workshops, networking and encouraging women to get involved in a typically male-dominated industry. 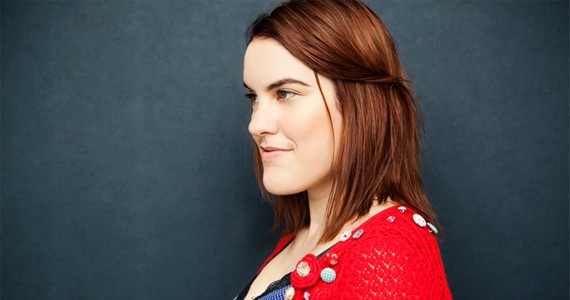 Perseverance is Stephanie Weber-Biron's motto. As a cinematographer, she understands the negative stereotypes of women behind the camera.

"One director asked me if I could handle the big, heavy cameras," says Weber-Biron. "I know that people try to second-guess our work. It took a long time to get where I am."

Weber-Biron looks to inspire others at the third annual Women Making Waves conference hosted by the Women in Film and Television-Atlantic from March 15 to 17. The weekend event will feature workshops on documentary filmmaking, digital media and screenwriting.

While the event focuses on skills learning, the major focus is networking and encouraging women to enter the business. Weber-Biron hosts a master class on cinematography.

Inspiration can come to Weber-Biron from a single speech. She knew she wanted to be director and cinematographer after she heard André Turpin at a lecture held at Concordia University. "When I heard him speak, I knew I wanted to do both," she says. "I've always loved the visuals. This work is my way of expressing my unique aesthetic."

Breaking through wasn't easy. After struggling to get work, Weber-Biron started her own company, daDa, in 1994 and worked on more than a dozen short films and music videos. She was the cinematographer on Xavier Dolan's first two features and recently worked on the comedy All the Wrong Reasons and teen drama Blackbird, both shot in Nova Scotia.

"My work is intuitive," says Weber-Biron. "The first time I read a script, I conjure up images and try to push those ideas. In Blackbird, [director] Jason Buxton and I used a lot of hand-held shots because the film is about connecting with the characters. Whatever I do, I want it to enhance the story."

Much of the conference will be focused on the changing landscape of film. Filmmakers Nance Ackerman and Laura Turnbull will discuss documentary filmmaking and social change while Richard Huggard from Ad-Dispatch and Mavis Huntley of john st. explore the use of digital media in promoting films.

Phyllis Laing will speak about her experiences in the master class "Producer Reinvented". The veteran filmmaker says that concentration of ownership in production companies has led to fewer opportunities for newcomers to enter into the market.

"There's so many changes going on in film and TV," says Laing, producer of All the Wrong Reasons. "Film companies are going to fewer production companies, it's harder for us in regional markets."

After working with producers in her own accounting firm for several years, Laing decided to step into the role of producer. She worked on her first project in 1991 and in 1994 founded Buffalo Gal Pictures, a production company based out of Winnipeg. Her company is currently working on All the Wrong Reasons and the TV series Less Than Kind, which was nominated for 10 Canadian Screen Awards.

"We took things slow but we had a strategy," says Laing. "We started off with simpler projects. When we got our first feature film, we'd been in business for four to five years but we had 230 hours of television experience. We were practical on the business side with achievable goals on the creative side."

Laing says the key to being a successful producer is to know what type of work you want to do. "Figure out what kind of career you want to have," she says. "Do you want handle one or two directors exclusively or maybe only do documentary films? Define your vision and focus on what you're capable of."