Roll Up the Rim A Novel 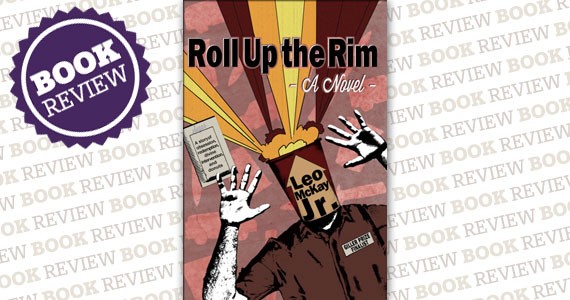 Roll Up the Rim tells the story of the good-hearted but down on his luck Owen and the misadventures that come into play while living a life below his capacity. Owen doesn’t know he’s the town genius, so he spends his time content working at Tim Hortons, obsessing over Roll Up the Rim and living with a freeloading stoner friend and sex-obsessed girlfriend. The vast array of characters in Owen’s life ranges from a police officer with ulterior motives, to a psychopathic co-worker. Written by Truro’s Leo McKay Jr., Roll Up the Rim captures the feel of small- town Nova Scotia and life working at a Canadian institution while somewhat making fun of it all at the same time. It’s a quick read and has a slight Trailer Park Boys feel to it. You’ll never look at Tim Hortons in the same light again!