The bestselling author is (virtually) visiting Halifax this weekend—so we asked her our most burning questions. 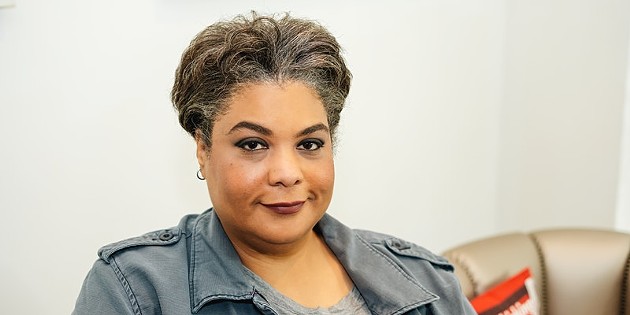 
It’s early morning Halifax time when Roxane Gay answers her call from The Coast. The New York Times bestselling author and journalist has just finished self-isolating in Iceland, so she’s understandably keen for an efficient chat (after all, her first day of site-seeing awaits). The living cultural touchstone who has shaped modern feminism has a soft laugh and deeply considered answers that march out quickly. She has kept busy during this hellscape of a year, from writing the only missive on pandemic cooking you actually need to read to promoting her newest project, an anthology of works by the self-described “Black, mother, warrior, poet” Audre Lorde, she edited and wrote the intro for. (“The hardest part was choosing what to include, because Lorde was so prolific,” Gay says of the project, which will firmly lift Lorde out of influencer #selfcare posting purgatory and into the hands and minds of a new generation of readers.)

Gay will be virtually appearing at this weekend’s online Afterwords Literary Festival, to give a talk on Sunday October 4 at 4pm via Zoom. It promises to be life-giving stuff—since, as Gay fans know, hers are the sort of quotable lines that help make sense of the world for all who inhabit it.

Here, in advance of Sunday’s event, she tells The Coast what questions she’s done answering, what it takes to be your authentic self and more:

The Coast: What does Audre Lorde mean to you, on a personal level?

Roxane Gay: "You know, Audre Lorde is an incredible scholar, essayist, poet, and she is a guiding light—not just for me, but for a lot of Black women in general. She wrote about our lived experience and it’s not often that you get to see someone who does that—and someone who does that so exceptionally well.”

And why would you say her work is as relevant today as it was in her lifetime?

“Well, unfortunately we’re still dealing with many of the issues Lorde was writing about 30 years ago and it’s unfortunate. But, sometimes a writer is timeless because she speaks to something essential about who we live and who we are, and Lorde certainly has done that.”

Do you have a favourite piece of hers?

So, one thing that I think about with Lorde is how that self-care quote of hers gets thrown around on the internet a lot, often by people who just don’t seem to get it. What does self-care mean to you, either in this pandemic or in general?

“I’m still trying to figure out what self-care means to me. I’m Gen X and I think a lot of people my age, self-care isn’t really part of our vernacular. But I do realize the importance of self-care, because if we don’t take care of ourselves, if we don’t find ways to sustain ourselves emotionally and physically, then we don’t have the necessary energy for the fight we absolutely must engage in. So, I try increasingly to prioritize my happiness and well-being.”

Considering you’re both generational talents, how do you think you and Lorde might be similar and how might you be different?

“I would not presume to say Lorde and I are similar except that we try to prioritize and centre Black women in our work.”

What would you say is one of the biggest misconceptions people have about you?

"Possibly the biggest misconception is a lot of times I’ll be introduced by my Twitter persona, which is actually kinda insulting when you consider how much work I have in the world. And so, Twitter is fun but it isn’t any way my body of work—it’s just social media."

What are some of the best books you’ve read this year?

“The Secret Lives of Church Ladies by Deesha Philyaw; The Office of Historical Corrections by Danielle Evans; The Great Offshore Grounds by Vanessa Vessels.”

How do you have time to read so much?

Do you have anything in your catalogue that would be the equivalent of a musician’s greatest hit that they’re tired of playing?

“I don’t have that in that people come to my work when they come to my work and so even though, for example, Bad Feminist is six years old and Hunger is three years old, people come to it when they come to it, So I don’t mind people want me to talk about these books, it’s actually very flattering, because in general, as a writer your shelf life is very limited. Of course, I no longer answer questions like ‘what is feminism?’

It seems from the outside that your sense of self is so well-defined. How would you suggest to others that they could develop theirs?

“I’d say I’m still a work-in-progress, but the older I get the more I know who I am and accept who I am. Which isn’t to say I don’t believe in self-improvement: I do, and I believe in therapy and so on. But I think with age comes acceptance and the recognition that you don’t have to hate yourself—and that that’s not a personality.”

This Q&A has been edited for length and clarity