Samson Learn is travelling down the Trans*Canada highway

Filmmaker’s documentary chronicles the lives of transgender Canadians across the country. 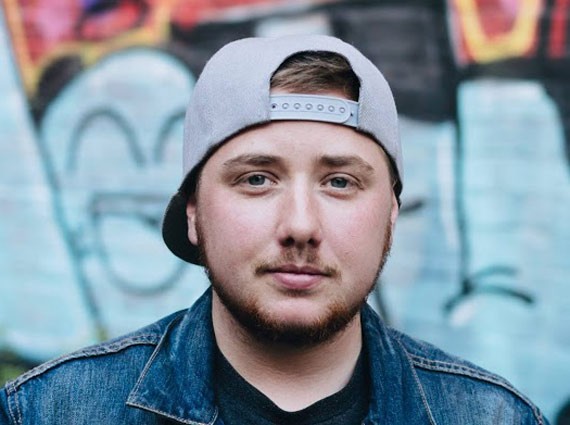 Samson Learn is calling from the road, somewhere between Montreal and Ottawa. While he talks, the engine hums dully in the background. Learn has been travelling for just over four weeks. On a storytelling odyssey passing through our national artery, the Trans-Canada highway, Learn explains he's attempting to redefine Canadians' perceptions around the word "trans."

Over the next few months, Learn and his producer/one-man-crew Jake Ivany are documenting the lives of as many transgender-identifying Canadians as possible via sit-down interviews. Titled Trans*Canada, these interviews are to be turned into a series of small, online videos.

In addition, Learn plans to make mini-documentaries contrasting people's stories to highlight the unique challenges different transgender individuals face (think rural vs urban coming-out stories, for example). The videos are meant to be a "resource tool" and a living portrait of the diversity within our national transgender community, Learn explains.

Originally, Learn planned to stitch each interview together with snippets of his own travel journey, creating a traditional long-form documentary. But, a week on the road quickly showed him the limitations of that format.

"I've scratched that idea because what's happening is, in the interviews themselves, I'm talking too. It's a conversation," he says, explaining he doesn't want to take away from highlighting the journeys of others.

Learn and Ivany find the next interviewee (and next couch to crash on) through people's social networks, meeting friends of friends from one town to the next.

Feeling like a catalyst for people's bonding, Learn is confident he's leaving connections stronger than he found them.

"It's right on that backbone of community. You put a call out, and it's almost like a ripple effect," he says. "It might sound like an arrogant statement to think this project will strengthen the trans community. But, I think that we're already seeing that, just by the people that I'm meeting."

The "ripples" Learn describes go deeper with the interviewees than you might expect, too.

"I feel connected with them. Even when the cameras aren't rolling, the interview is still happening. They'll give a scenario and I'll respond with how that happened for me."

Learn hopes that audiences' reactions to his series will create understanding amongst the non-LGBTQIA community, and a pang of familiarity for transgender viewers.

"I grew up in the Annapolis Valley and came out as a lesbian at around 14 or 15. I didn't really hear the word 'transgender.' I knew there was an LGBT community and that I was a part of it, but I never knew what the T was for," he says. A series like his could have really helped his younger self, he adds.

"I felt like my body was betraying me, but thought that I just had to suck it up and deal with it."

The ultimate mark of success, Learn says, will be if this series leaves one person feeling less alone.

"When I played house as a child, I always had to be the father or the brother. Even if it was fantasy land, I wanted to be a guy. I wrote male names in the front of all my books." It wasn't until his early 20s that Learn began his own transition story. "The signs were all there, I just never knew that there were options."

If Learn has his way, creating Trans*Canada means no one else will have to wait and wonder like he did.