After stocking up the car with weenie supplies we took the Let's Get Baked mobile (our friends corolla) to the beautiful, Sackville New Brunswick. By 5:00pm the town was quickly becoming a dude central, old friends from across the country pitchin tents and preparing for weekend of unparalleled good vibes. 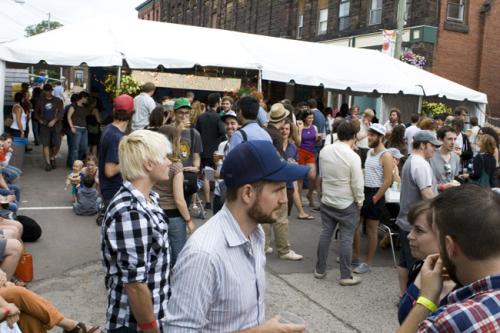 Good vibes in the tent. 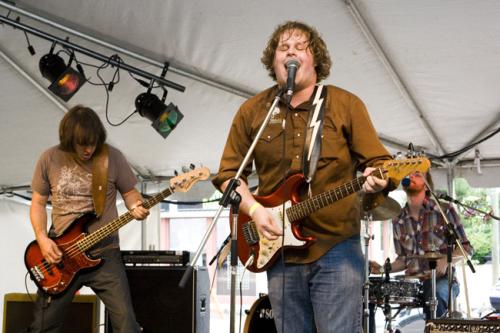 Adam Mowery Rockin' and a Rollin'

The tent was rocking and Julie Doiron the unofficial mayor of Sackvlle was MCing and welcoming everyone to town. OK Quoi mainstays Motion Ensemble got the music started with an atmospheric set of experimental music...it was pretty weird, but a good way to get the ball rolling. Adam Mowrey and The Organization followed up with a career-making set of good feelin' old time belushi rock. The St. John natives stage presence was pretty amazing. 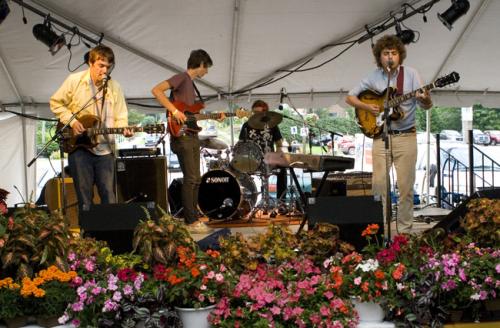 Brent Randall & His Pinecones having a flowery good time.

Brent Randall and the Pinecones hit the stage next, since moving to Toronto the Randall experience has rocked up a wee bit. Dave was playing drums for the Pinecones so our opinion on the set is a bit bias.....but everyone else seemed to agree it was the best. 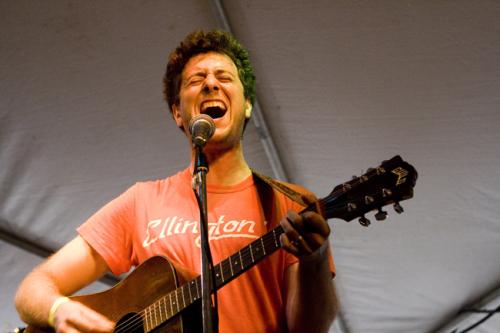 Harbour Coats were the next act on the stage. This super group from Montreal includes The Constantines front man Bryan Webb and Snailhouse's Mike Feuerstack, and their set was a hypnotic mellow, don't underestimate the power of a sweet voice ....... his pipes are gritty as a dirt road but somehow as soft as a silk shirt and it was making the ladies of Sacktown boy craaaazy. 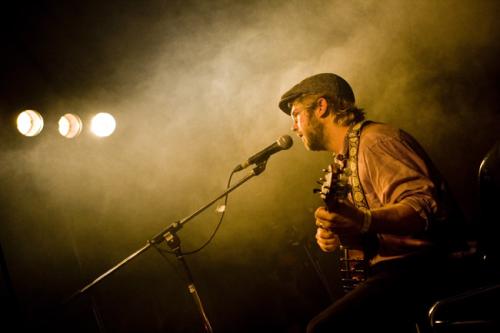 Old Man Luedecke gets lost in the Haze 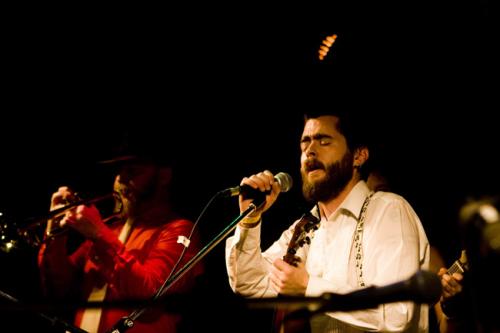 Burning Hell, Burning down the house..

As the sun dipped into to the Tantramar marsh returning the champ of last years Sappyfest Old Man Luedecke received a heros welcome as he made his way to the stage. At this point the tent was crammed and people were ready to freak out to folk music. The Old Man didn't disappoint as he delivered the banjo hit after banjo hit. Luedecke is a tough act to follow but 100 dollars and burning hell both played inspired sets, it really seemed like the tent had a certain power ...... a unstoppable vibe. 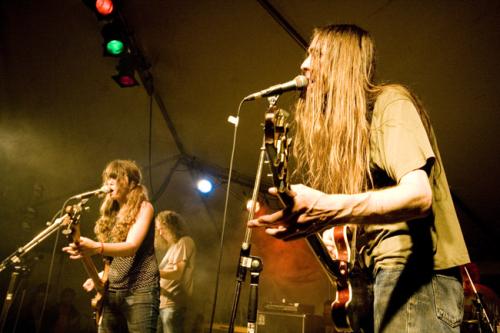 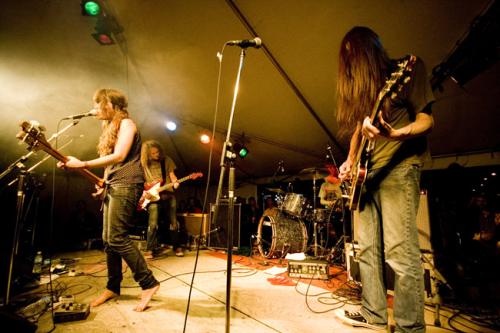 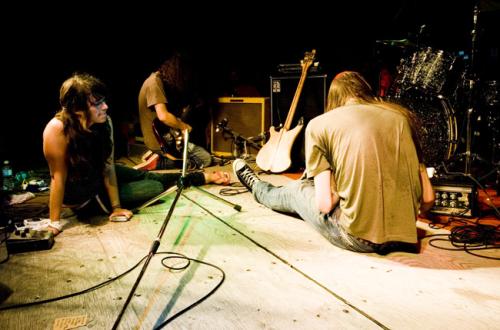 Eric's Trip doing what they do best

By this point the rain was really picking up and the tent was stuffed with wet dudes. Eric's Trip was the night's headliners, they are the unofficial Sappyfest house band and the set was pretty heavy, some lady was standing beside the stage with her baby. What the hell was she thinking? After tearing the roof off the tent the band collectively collapsed on stage as Rick White beat the crap out his space echo. Leaving the crowd dying for more as they watched in awe.

With the tent business finished up people moved to the chill-fest at the vogue theater featuring Castle Music or dance fest with Windom Earle at Uncle Larry's billiard hall. The party continued into the weee hours possibly because people, didn't want to go to sleep in a water-filled tent.......we both eventually went to sleep in water-filled tents, it sucked. But now our things are drying in the hot sun as we prepare ourselves for another great day of music and good times. 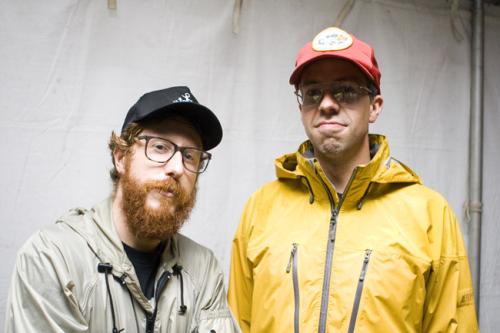 Dave and Jon Rae..... Who looks more like Tom Clancy?